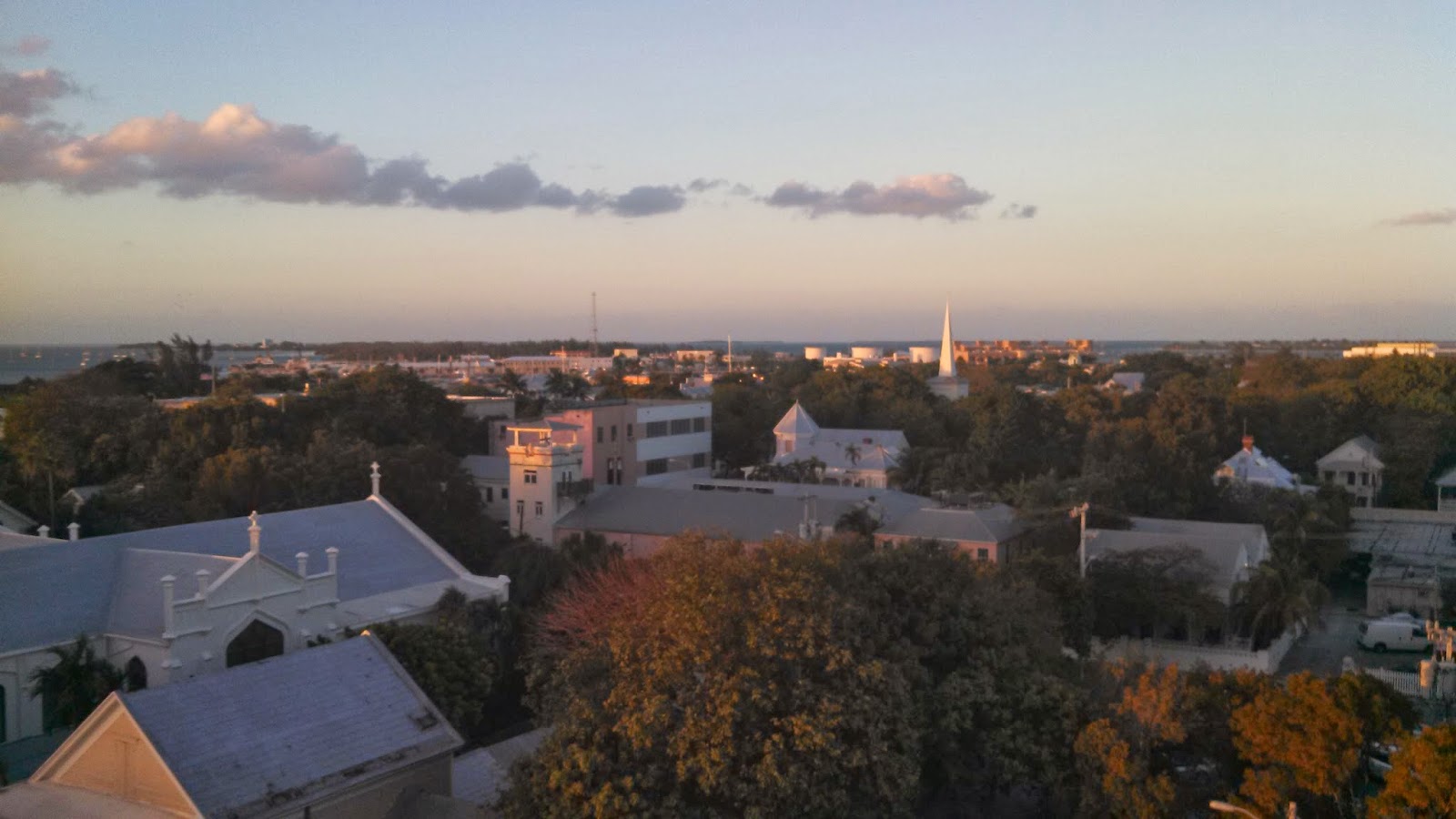 Day two of our Key West get away was most enjoyable even though I spent several hours in the morning dealing with law office e-mails and document review for clients.  After a few hours by the pool at the Equator we went on a historic homes tour run by the Old Island Restoration Foundation.  Every time we are in Key West we take the homes tour if it is taking place during our visit.  One of the backyard pools on the tour is below.  The homes on the tour were the following:

1. 320 Peacon Lane. Among the City’s early families were the Peacons. They first settled in a Bahamian cottage constructed shortly after the 1846 hurricane and stayed through 4 generations.  Their tiny home is still at the core of this delightful spread of additions and gardens.  Two “Ceramic Stars” speak to the care put into its preservation.

2. 712 Eaton Street. By 1897, Richard Peacon, Jr., born and raised on Peacon Lane, had become a prosperous merchant and built his house up the hill.  Known by its distinctive “octagon” front, the house was renovated in the 1975 for interior designer, Angelo Donghia, and later owned by Calvin Klein.


Download a printable version of the tour map and house descriptions

3. 1112 Elgin Lane. On the east end of town around the turn of the 20th Century, a family of spongers built cottages near the water’s edge.  Descendants kept the old family home until 1993.  Extensive renovations completed by the second (and current) owners gave respectful nods to those nautical predecessors and earned a Ceramic Star in 1996.

4. 1212 Georgia Street As the City expanded, a grocer set up shop next to his “country” home near bustling cigar factories and other businesses.  A prominent lawyer added his home-office some seven decades later.  Paint has just dried on a total renovation; the latest in a series of transformations since 1905.

5. 703 Elizabeth Street. Real estate investing is nothing new.  This conch cottage near the top of Solares Hill is one of many houses constructed for tenant occupancy.  White finishes and uncluttered contemporary decor refresh spaces where a family of cigar makers lived and worked a century ago. 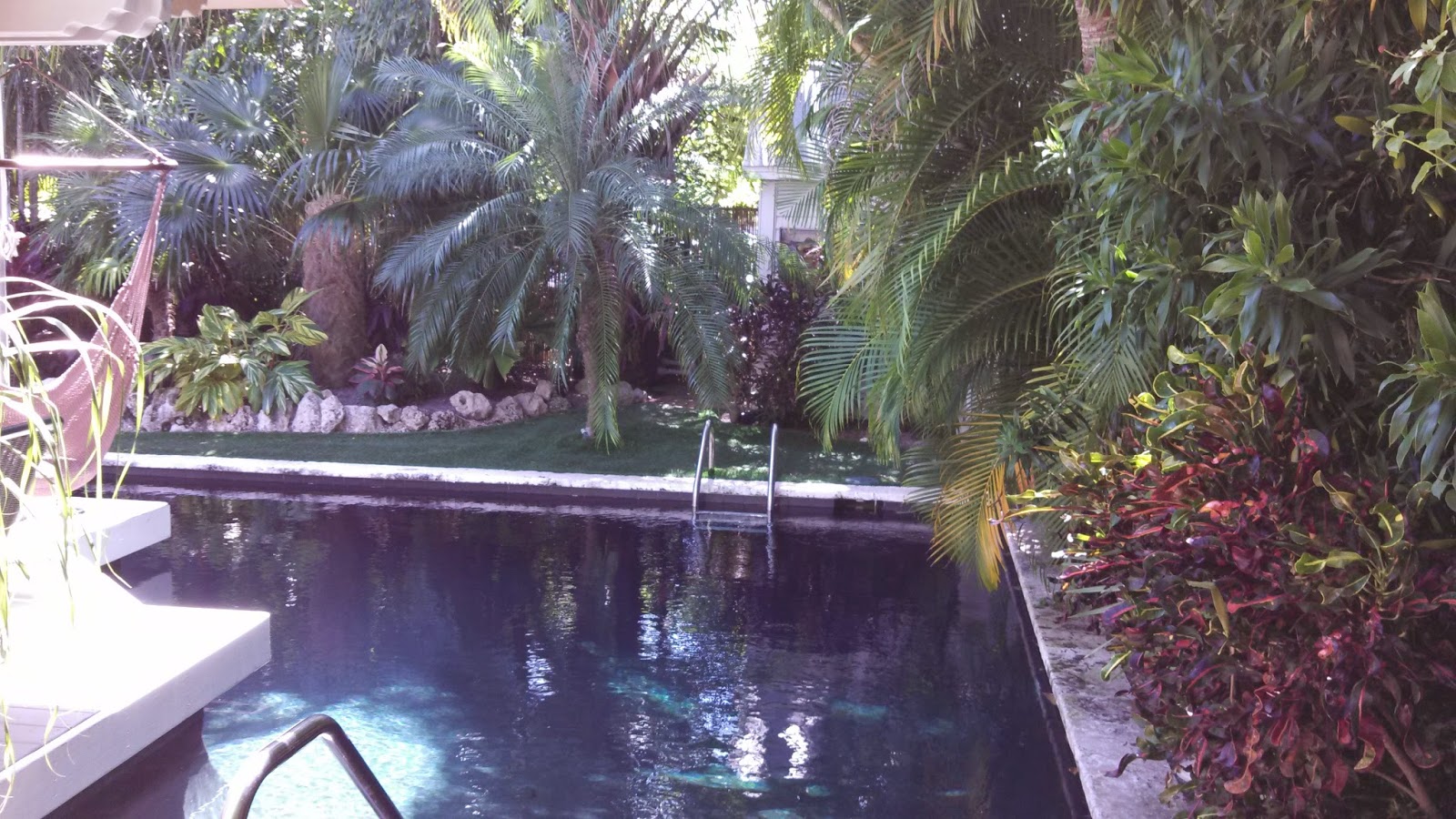 After the homes tour, it was back to the pool and then cocktail hour at The Equator where we met more interesting guys, a couple of whom were likewise from Virginia.  Then we did a quick wardrobe  change and headed down to the roof top of the La Concha hotel (the tallest building in Key West) for yet another cocktail.  The sunset is below: 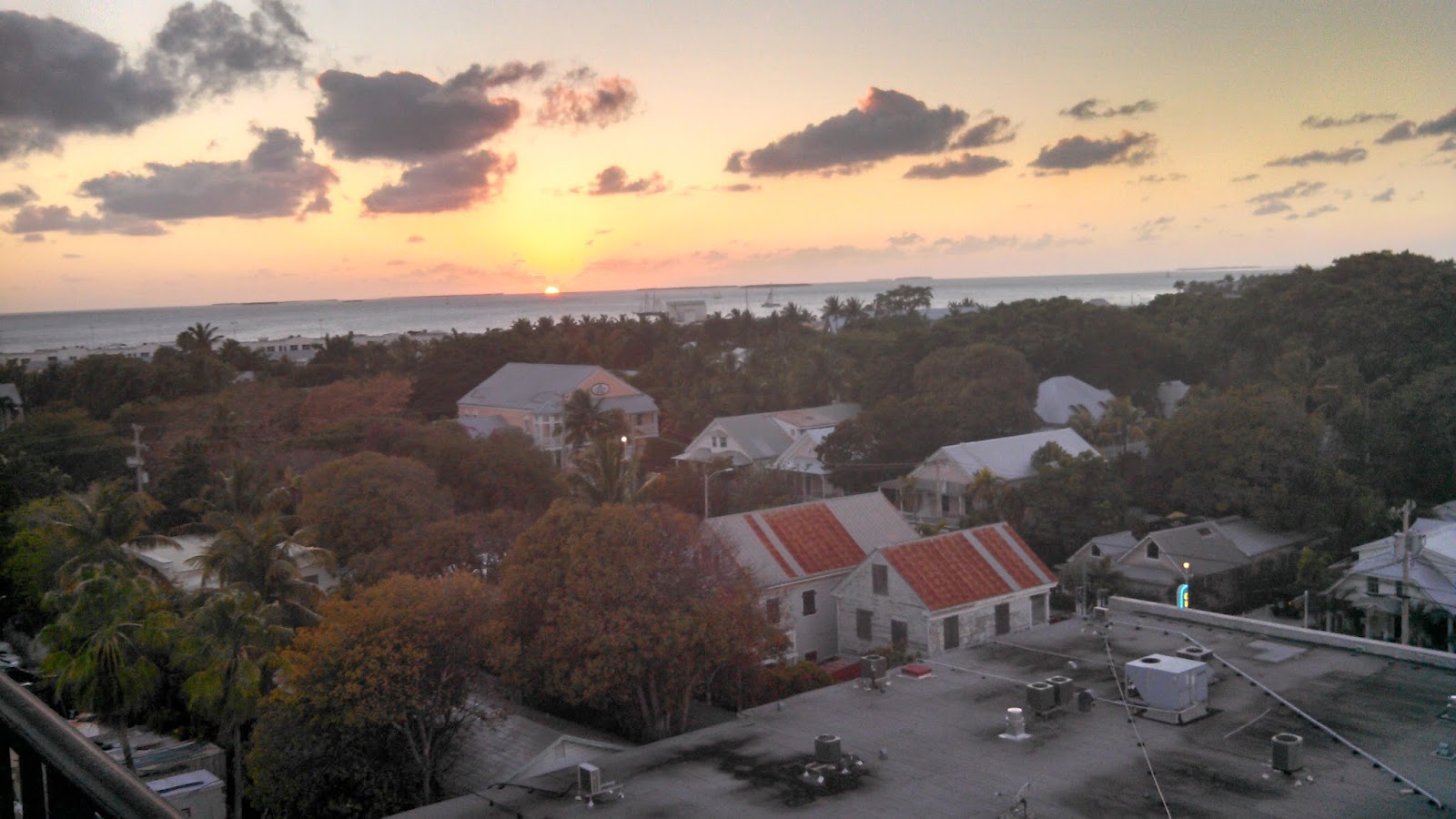 We finished the evening with dinner at La Te Da (we will be back on Sunday for Tea Dance) and then a visit to Bourbon Street where a plethora of dancers were entertaining the crowd, both gay and straight.
Posted by Michael-in-Norfolk at Saturday, March 15, 2014