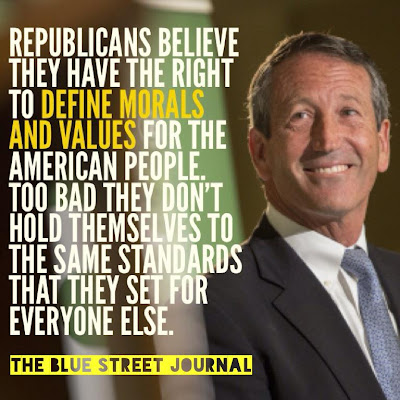 The prior post mentioned the hypocrisy of the far right, especially the Christofascist set which is far too well represented in the South Carolina populace.  How else to explain the win by Mark Sanford - a self-admitted adulterer who ignored his responsibilities as Governor while having sexual trysts - in the special congressional election.  The party of "family values" elects an adulterer to Congress while maintaining its war on women, gays and hard working immigrant families.  The hypocrisy just doesn't get much worse.
Posted by Michael-in-Norfolk at Wednesday, May 08, 2013