Fired For Being LGBT - Why ENDA Is Needed Now 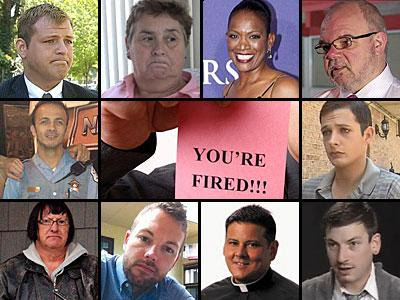 I sincerely applaud the advance of gay marriage in Rhode Island, Delaware, New Zealand and other places around America and the world.  But here at home in Virginia another scourge continues to plague LGBT citizens: we can be fired at will simply for being LGBT.  I know all about it because it happened to me and I continue to get calls from victims of this bigotry and sadly have to tell them that they have no state or federal law protections.  In short, they are screwed.  A lengthy article in The Advocate looks at some who have been fired and the dire need for ENDA - the Employment Non-Discrimination Act - to be passed this year.  Here are highlights (including two of the firings):

Sixty years ago, the federal government spearheaded a massive purge of gay employees, no matter how qualified or essential they were to their department's operations. The firings were the result of an executive order by President Dwight D. Eisenhower on April 27, 1953. According to an upcoming documentary, Lavender Scare, even LGBT private sector workers who were under contract with the federal government were also fired or forced to resign.

Why? Because gay people were viewed as a godless, immoral group likely to work with communists to spill government secrets.

Nine in every 10 American voters believe that there are already laws to protect LGBT employees in the workplace, just like policies for women, people with disabilities, racial minorities, or people with particular religious affiliations. But that's not the case. An employee could still be fired in 29 states for being gay, and in 34 states for being transgender or gender non-conforming. So as we mark 60 years since the federal government's mass firings, the Employment Non-Discrimination Act has been introduced for the 19th time in Congress. With a Republican-dominated House of Representatives, ENDA might be tough to gain momentum even though, according to the Center for American Progress, 73% of voters support protections for LGBT workers (even 66% among Republicans voters). 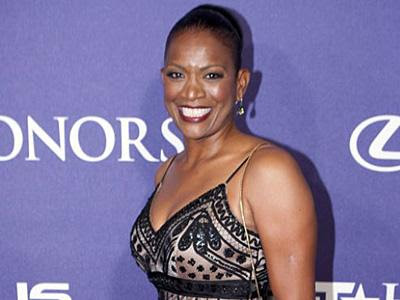 Talented and respected, University of Texas track coach Bev Kearney (right) led her team to six NCAA championships. But she was ousted when news spread that she was in a relationship with one of her female students (who was of age). Whether that is acceptable or not, a white, male UT football coach kept his job after it was revealed he had an inappropriate relationship with a student trainer. Kearney has since filed a complaint of discrimination, based on her race, gender, and sexual orientation, with the federal Equal Employment Opportunity Commission.

Virginia, March 2013
Bradley Kindrick said he was assaulted while working the graveyard shift at a 7-Eleven in Virginia Beach, Va., and then fired because he is openly gay. Kindrick said a man entered the convenience store around 2 a.m., pinned Kindrick against a wall, and assaulted him by forcibly kissing him. Kindrick says he has had panic attacks since the incident, which was compounded further when 7-Eleven management fired him a few days after the assault. 7-Eleven corporate officials told WAVY News that Kindrick was fired because he was drunk on the job — a claim Kindrick denies.


This is wrong and religious based discrimination needs to be barred from the employment sphere.
Posted by Michael-in-Norfolk at Wednesday, May 08, 2013

Email ThisBlogThis!Share to TwitterShare to FacebookShare to Pinterest
Labels: Employment Non-discrimination Act, ENDA, religion as a message of hate, religious based bigotry, Virginia