A Most Pleasant Mother's Day 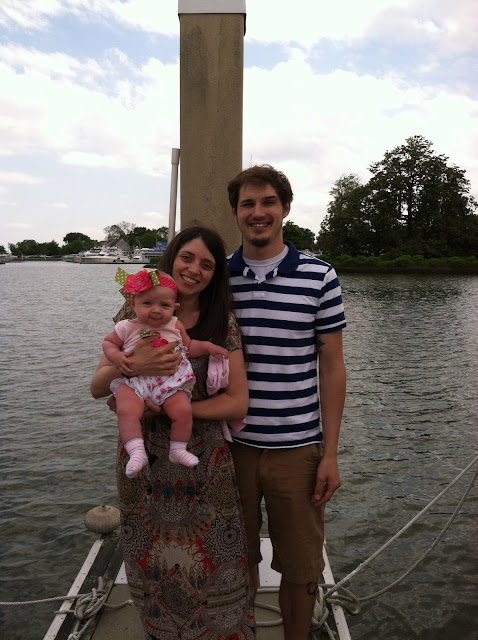 The Christofascists and professional Christian crowd continue to blather as if gays do not have children and families.  The truth, of course, is very different from the deliberately distorted image that the "godly Christian" set like to disseminate in their anti-gay propaganda.  Today was the first Mother's Day since the boyfriend lost his mother last September and having been through the experience myself after I lost my mother, I know how he was feeling. To make the day as upbeat as possible, we took his father - a retired Baptist minister - his adopted brother, my daughter and son-in-law and my 5 month old granddaughter to brunch at the Hampton Yacht Club where we have the notoriety of being the first publicly announced gay couple elected to membership.

What's been interesting since we became members of the yacht club is that our membership has been a non-issue and with gatherings like we had today, we are destroying stereotypes promoted by the enemies of LGBT equality.  To onlookers, we were like any other couple with a blended family that includes both our families.  We have in-laws, children in many cases and extended families.  Being out and living openly demonstrates this truth and DOES change hearts and minds.

After a wonderful brunch we had a pleasant stroll on the docks and we snapped the photo above of my daughter, my son-in-law and my granddaughter - who as she gets older will no doubt wrap the boyfriend around her little finger.  My message to the gay haters is this: we exist, we have families and we are not going away.  Get over it!!

Email ThisBlogThis!Share to TwitterShare to FacebookShare to Pinterest
Labels: children of gays, coming out, families of gays, gay parenting, living out and proud, loss of a parent, Mother's Day

So glad you had such a wonderful Mother's Day. Your daughter and son-in-law, and especially the granddaughter are precious! Lucky you!!!!