Quote of the Day: The Growing Insanity of Once Sane Conservatives 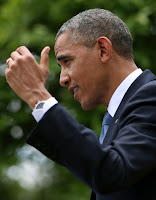 As a former Republican - i.e., print captain, city committee member and state convention delegate - I continue to be appalled at what the Republican Party has become, particularly its open embrace of racism, religious extremism and now near total detachment from objective reality.  Likewise, I am shocked at the way in which people I once thought rational and moderate that did not flee the party as I and many others did have now seemingly become as irrational the most ignorant members of the party base.  Are they only listening to Fox News? Is their social life limited to Republican women's clubs?  Do they live in a bubble.  And this insanity extends to once respectable conservative pundits.  Andrew Sullivan takes down Peggy Noonan for her latest batshitery that she ought to be extremely embarrassed about if she wants to retain any credibility with sane people.  Here are highlights:

Her [Peggy Noonan] column today is simply unhinged from the first sentence:


We are in the midst of the worst Washington scandal since Watergate.

Can she actually believe this? Has this president broken the law, lied under oath, or authorized war crimes? Has he traded arms for hostages with Iran? Has he knowingly sent his cabinet out to tell lies about his sex life? Has he sat by idly as an American city was destroyed by a hurricane? Has he started a war with no planning for an occupation? Has he started a war based on a lie, and destroyed the US’ credibility and moral standing while he was at it, leaving nothing but a smoldering and now rekindled civil sectarian war?  So far as I can tell, this president has done nothing illegal, unethical or even wrong.

But how exactly is all this a crippling scandal for the president? He is not involved in any of these issues directly.  .  .  .  .   At some very distant level, he is formally responsible – but not in the way that Reagan was directly responsible for Iran-Contra, or Clinton for lying under oath about his sex life, or Bush for making brutal torture his central strategy in the war on terror. That’s what makes a scandal a real scandal: the political involvement of a president or a key member of his administration in a cover-up or criminal offense or lie.

So what on earth is she banging on about? She cannot connect the president directly to this scandal – the first in his four and a half years in office (which must be a record). So she simply assigns blame to him because he is the president.

Yes this is no ordinary scandal, Peggy. Because, as far as the president is concerned, there is as yet no scandal at all.


Is Noonan - and the same goes for some former GOP collegues of mine - now just another angry white that  cannot cope with the reality that America is changing and that the era of white privilege and dominance is ending?  I don't know how else to explain such irrational conduct.