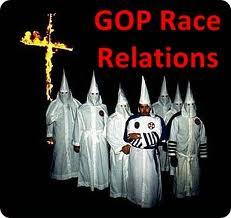 As noted before, the Heritage Foundation's first big venture under Jim DeMint - a homophobic racist in my estimation - on immigration reform continues to be a disaster for the organization.  Now, as damage control continues Jason Richwine, one of the authors of the much attacked report, has resigned.   Making the situation even more damaging for the Heritage Foundation is new information that Richwine also wrote pieces for a white "nationalist" website where he tried to depict Hispanics as more prone to committing crimes and criminal conduct.  Combined with his previously announced views that Hispanics will never have the intellect and intelligence of white American, the new revelations paint a telling picture.  Sadly, Richwine seems to have worked to put forth a mindset that would be popular with the racists and white supremacists who populate much of the GOP base.  Here are highlights from two Washington Post stories:


Jason Richwine, the co-author of a controversial immigration study released this week by the Heritage Foundation, tells Post Politics that he has resigned his position with the organization.

Complicating matters were a series of revelations about Richwine, including that he had written a doctoral thesis at Harvard University arguing that the United States should focus its immigration efforts on those with high IQs and that he had written for a Web site that describes itself as “nationalist.”

Yahoo’s Chris Moody has the story:

Heritage Foundation Analyst Jason Richwine, the co-author of a study claiming the immigration reform bill pending in the Senate would cost taxpayers $6.3 trillion, wrote two articles in 2010 for a website founded by Richard Spencer, a self-described “nationalist” who writes frequently about race and against “the abstract notion of human equality.”

Spencer is now the chairman of the Montana-based National Policy Institute, an organization that describes itself as a think tank for “White Americans.”

Richwine’s articles for AlternativeRight.com, “Model Minority,” published on March 3, 2010, and “More on Hispanics and Crime,” published the next day, push back on an American Conservative essay that argued that some conservatives have over-hyped the crime rate among Hispanics.