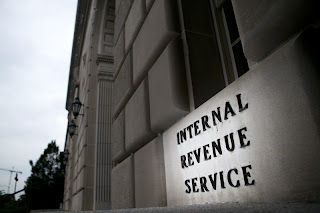 Despite the mixture of breathlessness and outrage among the GOP base and GOP demagogues like John Boehner, the situations being described as scandals that could topple Barack Obama have little actual substance - so concludes a piece in the Washington Post.  So why the furor?  Because (a) much of the racist GOP hates Obama and wants to see scandal in everything, (b) the supposed scandals are a way to distract the public from the reality that the Congressional Republicans are not doing their jobs and legislating on issues in dire need of solutions, and (c) the so-called scandals are convenient tools for GOP demagogues to fund raise and fleece their delusional party base for money.   Here are highlights from the Post article that looks at why the scandals so loved by the GOP and an always lazy main stream media are likely to fall apart and evaporate out side of the Kool-Aid drinking circles:

1) The Internal Revenue Service: The IRS mess was, well, a mess. But it’s not a mess that implicates the White House, or even senior IRS leadership. If we believe the agency inspector general’s report, a group of employees in a division called the “Determinations Unit” — sounds sinister, doesn’t it? — started giving tea party groups extra scrutiny, were told by agency leadership to knock it off, started doing it again, and then were reined in a second time and told that any further changes to the screening criteria needed to be approved at the highest levels of the agency.

The White House fired the acting director of the agency on the theory that somebody had to be fired and he was about the only guy they had the power to fire. They’re also instructing the IRS to implement each and every one of the IG’s recommendations to make sure this never happens again. .  .  .  .  .  so it’s hard to see where this one goes from here.

2) Benghazi: We’re long past the point where it’s obvious what the Benghazi scandal is supposed to be about. The inquiry has moved on from the events in Benghazi proper, tragic as they were, to the talking points about the events in Benghazi. And the release Wednesday night of 100 pages of internal e-mails on those talking points seems to show what my colleague Glenn Kessler suspected: This was a bureaucratic knife fight between the State Department and the CIA.

As for the White House’s role, well, the e-mails suggest there wasn’t much of one. “The internal debate did not include political interference from the White House, according to the e-mails, which were provided to congressional intelligence committees several months ago,” report The Washington Post’s Scott Wilson and Karen DeYoung. As for why the talking points seemed to blame protesters rather than terrorists for the attack that killed the U.S. ambassador and three other Americans? Well:


According to the e-mails and initial CIA-drafted talking points, the agency believed the attack included a mix of Islamist extremists from Ansar al-Sharia, a group affiliated with al-Qaeda, and angry demonstrators.

White House officials did not challenge that analysis, the e-mails show, nor did they object to its inclusion in the public talking points.

But CIA deputy director Michael Morell later removed the reference to Ansar al-Sharia because the assessment was still classified and because FBI officials believed that making the information public could compromise their investigation, said senior administration officials, who spoke on the condition of anonymity to describe the internal debate.

So far, it’s hard to see what, exactly, the scandal here is supposed to be.

3) AP/Justice Department:. This is the weirdest of the three. There’s no evidence that the DoJ did anything illegal. Most people, in fact, think it was well within its rights to seize the phone records of Associated Press reporters. And if the Obama administration has been overzealous in prosecuting leakers, well, the GOP has been arguing that the White House hasn’t taken national security leaks seriously enough. The AP/DoJ fight has caused that position to flip, and now members of Congress are concerned that the DoJ is going after leaks too aggressively. But it’s hard for a political party to prosecute wrongdoing when they disagree with the potential remedies.

Insofar as there’s a “scandal” here, it’s more about what is legal than what isn’t. The DoJ simply has extraordinary power, under existing law, to spy on ordinary citizens — members of the media included.

Because there was no actual evidence of presidential involvement in these events, the line for much of this week was that the president was not involved enough in their aftermath. He was “passive.” He seemed to be a “bystander.” His was being controlled by events, rather than controlling them himself.

The smarter voices on the right are also beginning to counsel caution. ”While there’s still more information to be gathered and more investigations to be done, all indications are that these decisions – on the AP, on the IRS, on Benghazi – don’t proceed from [Obama],” wrote Ben Domenech in The Transom, his influential conservative morning newsletter. “The talk of impeachment is absurd. The queries of ‘what did the president know and when did he know it’ will probably end up finding out “’just about nothing, and right around the time everyone else found out.’”

The GOP base hates Obama - and I believe hate is the correct word - and this hatred is causing the base and the whores who comprise the GOP members of Congress to try to seize anything they can to destroy Obama and appease the lynch mob that is the base of today's GOP.