The Continued Decline of Christianity 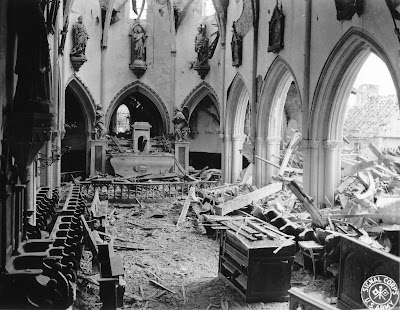 A new piece at ABC News (Australia) has some bad news for the Christofascists and far right denominations who like to claim that it is only "liberal" denominations that are in decline - decline they say is linked to acceptance of homosexuality and a mindset which ironically is more in keeping with the true Gospel message than the hate and fear based swill that is the staple of conservative denominations.   The second telling fact is that where Christianity is ostensibly growing in the global south, one of the main attractions id the prosperity gospel that is being preached and the belief that joining neo-Pentecostal churches will help them succeed politically, socially and financially. The third interesting fact is that in the global north, the Catholic Church is growing only because of immigrants from the global south.  It has little to do with the embracing of the Gospel message of Christ.  Here are some article excerpts:

[T]he argument that mainline church decline is related to liberal tolerance and doctrinal fuzziness has remained prominent among American theologians and journalists, as evidenced by Mary Eberstadt's recent column in Time magazine, which declared that "orthodoxy is winning" in the cultural "war" over the identity of Christianity.

And yet there are a number of reasons for remaining dubious about such interpretations of trends in church-going in the United States, as well as in other countries in the "Global North." Let me here mention just two:
These developments not only call into question the explanation for the decline of liberal churches offered by Kelley, Douthat and Eberstadt; it also implies that the challenges confronting both liberal and conservative churches in Europe and the United States may be more alike than is often assumed.

[T]hese concerns about the motivations influencing church-going among Christians ought to shift the focus of discussion from the decline of liberal Christianity, and toward those churches which are experiencing significant growth: neo-Pentecostal movements in the Global South. Although these movements have some roots in the Pentecostalism that emerged in California in the early-twentieth century, as well as in the charismatic revivals of the 1960s and 1970s, the neo-Pentecostal churches are notable for their emphasis on a single charismatic leader and the witnessing of miraculous signs, and for teaching a strong version of the "prosperity Gospel" (the belief that financial success is the result of divine blessing).

Sociologists studying the movement - preeminently David Martin - suggest that the popularity of these churches is related to the way in which Christianity is linked to access to power. People are drawn to the neo-Pentecostal movement because they believe that their participation will result in some tangible results: financial success, health, successful marriage and so on. It is perhaps thus unsurprising that, generally speaking, individuals in less developed countries, particularly those making the transition from rural areas to large urban centers, are most likely to attend neo-Pentecostal churches.

As it becomes clear that the fates of liberal and conservative Christianities may not be as distinct as is commonly assumed, the time has arrived for a re-evaluation of liberal Christianity. For conservatives, the task is to stop interpreting the demise of liberal congregations as a victory for evangelical Christianity, and to explore what might be learned from the fact that liberal Christianity's roots lie in the attempt to adapt and respond to cultural diversity and modern individualism. For liberals, the challenge involves far more than finding the courage to address the significant decline in church membership. Their task begins only after acknowledging that liberal Christianity has a real problem transmitting itself to subsequent generations...

Christians of all persuasions have good reason to distance themselves from the tendency to define churches by the terms of the "culture wars." Enormous theological, ecclesiological and missiological energy is being directed towards "winning" the battle over how to interpret same-sex relationships; meanwhile, both liberal and conservative churches are in sharp decline in the Global North. Both sides tend to explain the failures of their opponent as resulting from their problematic attitude towards homosexuality.

It is now clear, however, that such diagnoses are well off the mark. Articulating the "correct" position on homosexuality will not turn the tide of church decline. Should conservatives and liberals begin to admit this reality, perhaps then the ecumenical task of analysing the decline of Christianity in the Global North can finally truly begin.