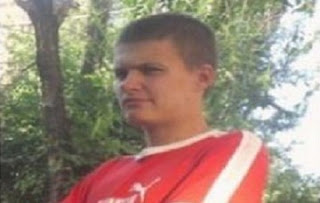 This blog previously reported a brutal anti-gay murder in Russia (a photo of the victim is set out above).  As more information comes out it becomes evident that such murders are almost encouraged by the government of Vladimir Putin - himself a former KGB officer - and the Patriarch of the Russian Orthodox Church who Putin is courting to shore up public displeasure with Putin's regime.  It should be noted that the leadership of the Russian Orthodox Church (like the Roman Catholic Church) have for centuries supported foul regimes in exchange for power and privileges - this seemingly has not changed.   Queerty has more details.  Here are excerpts:

The 23-year-old man brutally tortured and killed in the Russian town of Volgograd over the weekend has been identified as Vladislav Tornovoi. His murder has enraged gay activists who continue to struggle against their country’s blatant dismissal of their rights.

The Moscow-based Investigative Committee initially reported that Tornovoi was killed after he came out to two men he was drinking with during Victory Day celebrations.

The social climate is as unfriendly as the political, according to a survey by independent pollster Levada: 50 percent of Russians believe homosexuals should be given medical or psychological treatment, while 5 percent said they should simply be ‘‘destroyed.’’

Gay rights activist Nikolai Alexeyev argued that investigators noted Tornovoi’s homosexuality “to portray him as someone abnormal…expendable” and downplay the gruesome nature of his murder.

It is beyond to see such hate and bigotry fanned by the Russian government.  I will not be visiting Russia any time soon.