Tough Times for the GOP Bigots 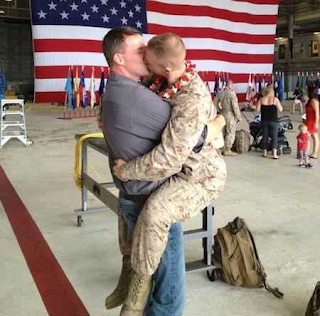 While there is still much work to be done and there is an extreme need to be watchful lest the GOP manage to use gerrymandering and manipulation of the Electoral College to subvert majority rule in elections, there are nonetheless encouraging signs that the hate merchants of the GOP and its Tea Party and Christofascist auxiliary organizations are slowly but steadily losing the larger culture war.  If nothing else, more and more of the most hate filled bigots - the mainstay of the GOP - are literally dying off.  A piece in the Daily Kos helps to remind us that longer term things will get better (a message one needs to hear from time to time living here in backwards Virginia).  It also has some data that may help explain why the Boy Scouts may be about to change their anti-gay policies: their membership is plummeting.  Here are some column highlights:

Eight months ago, Vice President Joe Biden set in motion a great national evolution when speaking to CBS, he said,

It wasn't long before President Barack Obama declared his own "evolution" and embraced equality, setting of celebrations among freedom-loving liberals and, yes, celebrations among bigots convinced this would be the death knell of the Obama presidency. As one online conservative gloated at the time:

On that day, Joe Biden* went on national television and proclaimed himself in favor of gay marriage. It started a media spiral for the President. Two days after Biden spoke, North Carolina voters voted by overwhelming margins to leave marriage alone. The next day, Barack Obama went on national television to devolve back to the position he held prior to running for President [...]

*Okay, in fairness, we could arguably say August 23, 2008, was the day Obama lost his re-election. That’s the day he chose Biden to be veep and we all knew it was only a matter of time...

Delicious, isn't it? Things have only looked worse for the haters since mid 2012.

Conservatives didn't just lose their first marriage equality ballot initiative in November of 2012, but got swept in four of them, including Maine which had as recently as 2009 voted the other way. In fact, Maine is quite instructive in the dizzying pace of social change. In the 2009 initiative, marriage equality lost 53-47. In the 2012 edition, it won ... 53-47, a 12-point shift in just three years.  The speed of social change continues unabated.

Meanwhile, another culture warrior organization is on the verge (at least partially) of throwing in the towel.  .  .  .  .   Membership in the Scouts has dropped from 4 million members in 1986, to 3.4 million in 1998 to 2.65 million last year. There is an entire generation of fathers (me included) who spent time in the Scouts but would never consider it for their boys.

Don't worry, though. The Scouts will continue to ban atheists! And Alabama haters should be safe. But that's not enough for Tony Perkins, who is seeing his entire hate-built world view crumbling around him. Very, very delicious!

Young people continue to embrace equality while older haters die off. Hopes that Latinos were "socially conservative" and could help stem the tide were dashed this past November, when exit polls showed them even more socially liberal than the American population at large. People (including me) forgot that on top of everything else, Latinos are young. The median age of native-born Latinos is EIGHTEEN. In our society, youth equals tolerance.

After years of using anti-gay ballot initiatives to drive up their base participation, it is now Republicans who are afraid of those mean Democrats using "divisive social issues" for political gain. Gay marriage is on the cusp of becoming a reality in several more states, from Illinois to Minnesota, from Hawaii to New Jersey.

But it's not just the Blue states. How about one of the Reddest of all?


A bill allowing gay couples to enter into domestic partnerships got the support of a Wyoming House of Representatives committee Monday for the first time in the state's history.


The House Corporations, Elections and Political Subdivisions Committee voted 7-2 to recommend approval of House Bill 168 and send it to the full House.
The decision to advance the domestic partnership legislation came moments after the same committee voted 5-4 to reject a bill to legalize gay marriage in the state.

Literally a decade ago, Howard Dean's support for civil unions in Vermont was considered so crazy that it would doom any general election presidential chances. This week, it passed easily in Wyoming, and only after gay freakin' marriage lost by a single vote in committee. IN WYOMING!

One can only imagine the hysteria behind closed doors at Christofascist groups like Family Research Council and NOM where the days of huge salaries (Brian Brown at NOM made $500,000 in 2011) based on peddling hatred may be doomed in the long run.  Just imagine if these bigots have to get real jobs.  Delicious indeed.