Quote of the Day: Andrew Sullivan on Christianists and Gun Rights 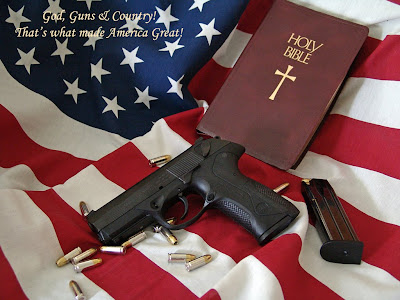 In the alternate universe of far right Republican and Christofascist where increasingly black is white and up is down it should have been obvious that sooner or later the Bible and Christianity would be used to justify opposition to gun control and the use of violence in general.  A piece in the National Review makes this case in any event even as William F. Buckley must be spinning in his grave.    Here's a sampling of the batshitery that now passes for intellectual discourse on the right:

What does all this mean? Essentially that gun control represents not merely a limitation on a constitutional right but a limitation on a God-given right of man that has existed throughout the history of civil society. All rights — of course — are subject to some limits (the right of free speech is not unlimited, for example), and there is much room for debate on the extent of those limits, but state action against the right of self-defense is by default a violation of the natural rights of man, and the state’s political judgment about the limitations of that right should be viewed with extreme skepticism and must overcome a heavy burden of justification.

There you have it.  Keeping automatic assault weapons out of the hands of civilians and restrictions on gun ownership are unBiblical.  It is, of course insane, unless one throws away the New Testament - something the Christofascists seem wont to do, especially when it comes to the command to love others.   Andrew Sullivan says it well on how the far right and the Christofacists have transformed Christianity into something truly foul:

This man [Jesus] is now a symbol for "pro-family" and "pro-gun" Republicanism. And yet he had no property to defend, no wife to protect, no children to keep safe, no house to live in. He never carried a weapon and rebuked his friends when they used one against a mob armed with clubs and swords about to arrest and torture him to death. He was homeless, completely dependent on the good will, shelter and food of others. He was, as today's Republicans would say, a "taker". But of course, it is in giving that you receive in Christianity. Jesus inverted the entire maker-taker paradigm. So no, congressman Ryan, you cannot be a disciple of Ayn Rand and Jesus of Nazareth. In any way whatsoever.

The sickness of the far right and the Republican Party just seems to be intensifying.  It is indeed frightening to watch. 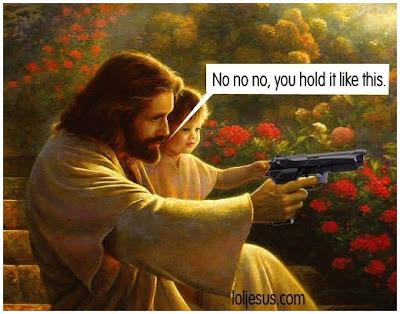