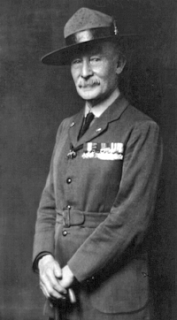 Never let it be said for a moment that the anti-gay hate groups of the far right or the professional Christian set ever take a pause in the hate and venom they disseminate against LGBT individuals.  While it is still not know whether the Boy Scouts of America - which is facing steep declines in both membership and revenues - will actually change its anti-gay national policy, the shrieks and sheets of flying spittle have begun throughout the "godly Christian" set.  Joe My God has a brief sampling of the batshitery:

This is a catastrophic decision for the Boy Scouts of America. In order to placate their East and West Coast appendages, they are tearing out the heart of their Midwest and Southern support. This decision will lead to a mass exodus of traditional, orthodox Christianity from the Boy Scouts, including thousands of Catholic, Baptist and other traditional faith congregations.


The BSA, for years, has had character and integrity and has stood firm on moral values. If they reverse this policy, then what they're saying now is that to remain 'morally straight' isn't as important as they've been saying for the past 100 years. You're signing a death warrant when you say you're going to allow open homosexuals to participate in a program with young boys.


It's very sad to see the Scouts cave on this. If you capitulate to the homosexual lobby, you're capitulating to immorality; and you're not being 'morally straight,' as the Boy Scout creed says. And you don't want homosexual Boy Scouts either because you don't want to have one homosexual Scout going around telling everybody about his homosexuality and how he's out and proud and everything. You don't want that influence of deviant sexuality among the boys itself.


The mission of the Boy Scouts is 'to instill values in young people' and 'prepare them to make ethical choices,' and the Scout's oath includes a pledge 'to do my duty to God' and keep himself 'morally straight.' It is entirely reasonable and not at all unusual for those passages to be interpreted as requiring abstinence from homosexual conduct. If the board capitulates to the bullying of homosexual activists, the Boy Scouts' legacy of producing great leaders will become yet another casualty of moral compromise. The Boy Scouts should stand firm in their timeless values and respect the right of parents to discuss these sexual topics with their children.


Yes, I have included the Southern Baptist Convention with the three Southern Poverty Law Centered registered hate groups because it disseminates the same lies and untruths  as do these hate groups.  Of course, what makes the whole anti-gay jihad so ridiculous is the fact that the original founder of boy scouting (pictured above left) was likely a gay man:

All this is richly ironic in view of the fact that the founder of the Boy Scouts, Robert Stephenson Smyth Baden-Powell (raised to the peerage as Lord Baden-Powell) was in probability a gay man himself — though closeted, of course, considering the circumstances. A Victorian military hero who skyrocketed to fame after his valiant defense of the besieged city of Mafeking during the Second Boer War, Baden-Powell was one of the British Empire’s most adulated soldiers, looked to as the very model of muscular Christianity. Baden-Powell, the author of the hugely popular and influential “Scouting for Boys” (1908), inspired a national cult of manliness even as he entertained serious worry about his own sexuality.

Young “Stephe” was a sensitive boy who liked playing with dolls, and as he grew into a young man he formed deep attachments to other boys. Once in the army he made a name for himself playing female roles in army theatricals. Throughout his life he openly admired muscular men and pretty boys, while attractive women sent him into a state of anxiety; he was much more comfortable with plain, companionable ones. He was 55 before he decided to marry, but he panicked soon after his union with the lovely young Olave Soames, developing agonizing headaches that were relieved only when he left the matrimonial bed and returned to his ascetic soldier’s cot.

Baden-Powell’s strongest emotional bond was with Kenneth McLaren, a fellow army officer. The two met while serving in India, in 1881, acting in an army performance of a farce called “The Area Belle” in which Baden-Powell, for once, played a male part, while McLaren, a 20-year-old who looked 14, appeared in the ingénue’s role. Baden-Powell nicknamed McLaren “The Boy,” and the two remained extremely close for years.

Historians’ speculations about Baden-Powell’s sexuality have usually hinged on the question of whether the relationship with McLaren was a physical one, but this is not necessarily germane. A man as steeped in the puritan, idealistic mores of his era as Baden-Powell clearly was might well have been too repressed to act on urges that he, and everyone in his social circle, would have considered not only transgressive but sinful.


As seems to always be the case with the Bible beaters, the real historical truth never maters -  just as they continue to deny that King James I of England, the reviser of the King James Bible, was gay as a goose as documented by Privy Council records.