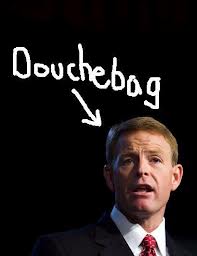 Hate group leader Tony Perkins rants against the Southern Poverty Law Center's designation of Family Research Council as an anti-gay hate group.  Yet he continues to demonstrate precisely why the SPLC was 100% on target in giving the hate group designation to FRC.  It his latest eruption of anti-gay animus, Perkins is blaming the U. S. military's exploding suicide rate on the gays.  That's right, in Perkins' bizarre alternate universe, it is DADT repeal, not (i) the horrors troops are seeing in the fool's errand wars in Iraq and Afghanistan, (ii) the repeated deployments to those hell holes - my son-in-law was on his third deployment when he was seriously wounded last November - and (iii) the military's failure to take mental health issues seriously that is the reason that members of the military are taking their own lives in unprecedented numbers.  Right Wing Watch reports on Perkins' latest foul anti-gay lies:

Tony Perkins of the Family Research Council has joined American Family Association’s Buster Wilson in linking the repeal of Don’t Ask Don’t Tell to the military’s suicide rate.  .  .  .  . Perkins said that the Obama administration’s work in “driving Christianity out [and] putting homosexuality in” are “adding additional stress” that leads to a higher rate of suicide. Perkins cited no evidence to back up his claim, but as with his ominous and incorrect predictions regarding the consequences of DADT’s repeal, he apparently doesn’t see a need to substantiate his outrageous allegations.

Perkins: The volume of these decisions coming out of this administration is unbelievable, unbelievable. The stress in our military, when you look how they have used the military for their social experimentation: driving Christianity out, putting homosexuality in, suicide rate going through the ceiling. I think it was last year if I recall the numbers there were 349 suicides in 2012 and I believe that’s more than were killed in combat, that’s the highest number since the Pentagon began tracking suicides back in 2001. And what are they doing? Adding additional stress by this social engineering. Unbelievable.

What's unbelievable is that anyone moral and sane listens to Perkins - a failed state politician with white supremacist ties - and his fellow Christian Taliban hate merchants.