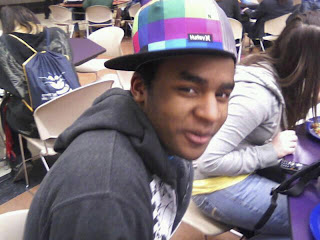 With an anti-gay marriage amendment on the November ballot, the anti-gay vitriol from the "godly Christian" crowd and child rapist protecting Catholic Church hierarchy has been high in Minnesota.  We'll never know if some of that anti-gay rhetoric encouraged Jay “Corey” Jones' tormentors in their bullying.  Bullying which Jones' father says played a major factor in the 17 year old's leap from a pedestrian bridge.  The blood on the hands of the Christianists continues unabated and what is most disturbing is that the godly folk don't even seem to give a damn.  The level of callousness and plain evil is shocking and certainly is part of what is prompting the millenial generations growing exodus from organized religion.  Here are excerpts from the Post Bulletin on this sad but all too familiar story:

Bullying because of his sexual orientation played “a big part” in the suicide of a 17-year-old Century High School student on Sunday, according to the boy's father.  Jay'Corey Jones knew he was gay from a young age and was bullied for a number of years because of it, suffering depression as a result, said to his father, JayBocka Strader of Rochester. "He said all of his life they always picked on him," Strader said. "He'd still try to keep his head up at school, but then he'd come home and be really sad about it." Jones, a member of Century's gay-straight alliance, had an image on his Facebook page that said, "Gay & Proud." He was open about his sexuality and occasionally wore tight, colorful tank tops and short-shorts to school, Strader said. "He just got really depressed about it because the guys weren't accepting him," Strader said.  Jones jumped from a pedestrian bridge near Century High School on Sunday, according to police. In response to an inquiry from the Post-Bulletin, schools Superintendent Michael Muñoz issued a statement acknowledging there are issues related to bullying in the district. He did not directly address Jones' situation.  The district is in the planning stages of providing training and support for students, staff and families, Muñoz said, and will continue anti-bullying collaborations with Gov. Mark Dayton’s recently formed anti-bullying task force, Rochester police and others in the community.

I hope Maggie Gallagher, Tony Perkins, the Catholic Church hierarchy and similar hate merchants are happy with this latest fruit of their handiwork.