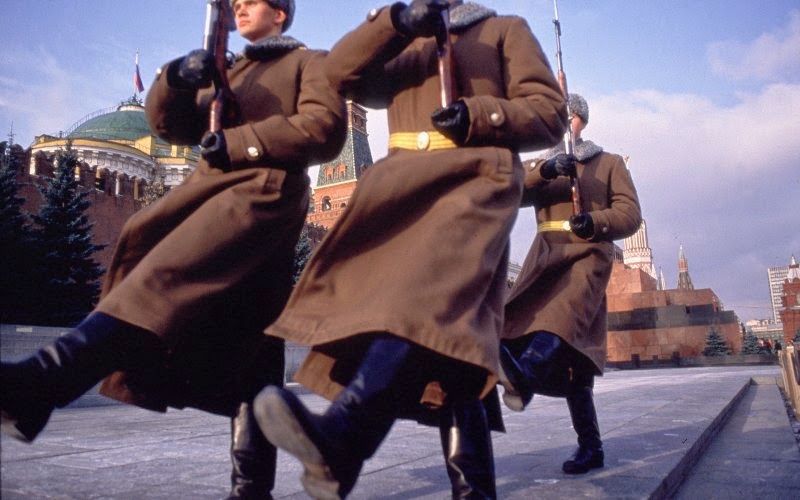 I try to not bash Vladimir Putin too frequently, but sometimes, it is hard to do.  Today is one of those days.  Yesterday I noted that Putin is playing the Russian people much as Hitler played the 1930's Germans.  Now, in retaliation for Obama's criticism of Putin's anti-gay policies and sanctions America and some EU countries have imposed on Russia in the wake of the undeclared invasion of the non-Crimea portions of Ukraine, in a school yard bully like move, Putin has imposed secret sanctions on Obama's gay campaign contribution bundlers and other pro-gay donors.  The Daily Beast looks at Putin's childish hissy fit.  Here are excerpts:

The Kremlin has expanded its secret “black list” of Americans banned from Russia to include Obama campaign fundraisers tied to the LGBT community and senior Congressmen, diplomatic sources tell The Daily Beast. Moscow’s list, these sources say, was expanded in retaliation to the Obama administration’s attack on the assets of key business associates of Vladimir Putin in March.

[U]nlike the United States, which made all three rounds of sanctions public, the Russian government only publicly revealed one list of sanctioned Americans, which included top Senators and White House officials. The contents of the subsequent additions to the Russian list, however, remain officially undisclosed.

[T]he second American list was more personal, going after big businessmen in Russia who were very close to Putin—his moneymen and his cronies. Putin said in late April that he was baffled that the Americans were targeting the Russian oligarchs.

So when the Kremlin responded, the Russians had to get a little creative. Many top American businessmen are not necessarily close to President Obama personally, so Moscow chose to sanction top Obama campaign bundlers as the closest means of direct retaliation.

Diplomatic sources confirmed to The Daily Beast that the expanded and still-secret Russian sanctions list includes five top Obama campaign bundlers as well as about a dozen top Senators and Congressmen who were not included in the first list. The names of the specific bundlers remains a secret, but a focus was put on those with ties to the gay and lesbian community; it’s a reflection of the ongoing fight between the Kremlin and the White House over Russia’s laws punishing the promotion of LGBT “propaganda.”