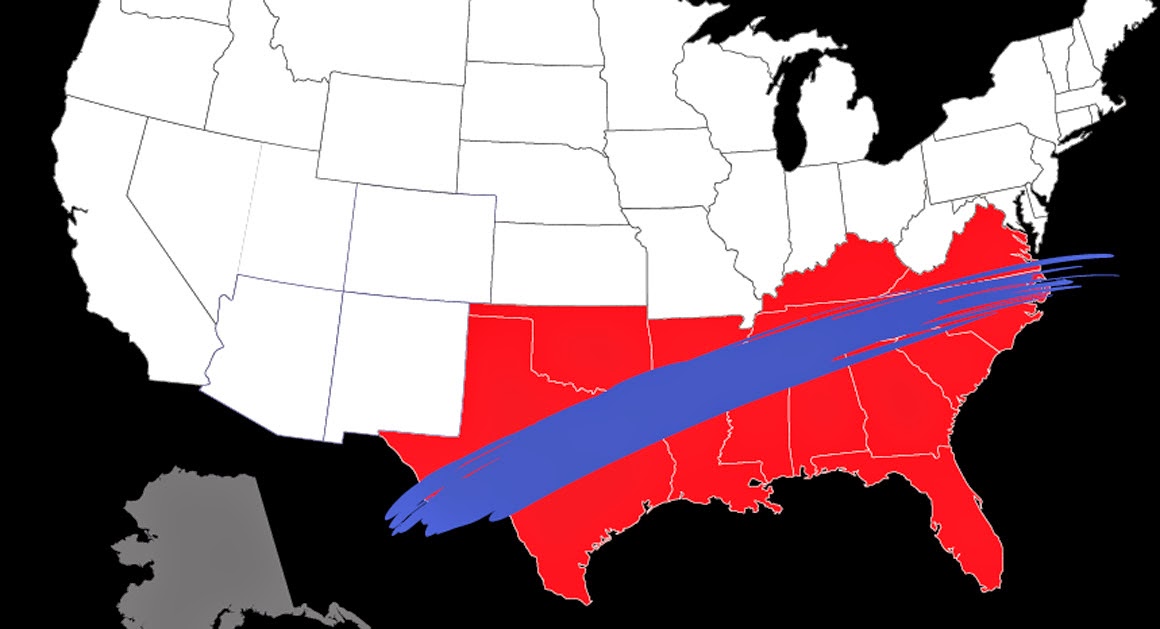 One of the most anti-gay parts of the country is the South where racism, Bible thumping and dislike of anyone "different" tends to be the norm, especially in regions like Southwest Virginia where it's as if a frightening time warp exists and it's still the early 1950's.  Things are even worse in Alabama, Mississippi and parts of other southern states.  Hence, it is no surprise that belatedly Gay Inc. is finally shifting its attention to area where anti-gay animus tends to be the norm, all too often fanned by fundamentalists and Southern Baptists.  The New York Times looks at this shift in focus which for many LGBT individuals cannot come soon enough.  Here are excerpts:

The country’s leading gay rights groups and donors, after a decade focused on legalizing same-sex marriage, are embarking on a major drive to win more basic civil rights and workplace protections in Southern and Western states where the rapid progress of the movement has largely eluded millions of gay men and lesbians.

The effort will shift tens of millions of dollars in the next few years to what advocates described as the final frontier for gay rights: states like Mississippi, Georgia, Arkansas and Texas, where Republicans dominate elected office and traditional cultural views on homosexuality still prevail.

The new strategy reflects the growing worry within the movement that recent legal and political successes have formed two quickly diverging worlds for lesbian, gay, bisexual or transgender Americans: one centered on the coasts and major cities, and another stretching across the South and up through the Rocky Mountains, in states where gays enjoy virtually no legal protections against discrimination.

“We can’t allow two distinct gay Americas to exist,” said Tim Gill, a Colorado philanthropist whose foundation is putting about $25 million into a handful of mostly conservative-leaning states over the next five years. “Everybody should have the same rights and protections regardless of where they were born and where they live.”

The push is likely to encounter resistance. Gay rights groups will be engaging in communities where churches and other religious institutions are tightly woven into daily life, and where efforts to expand civil rights protections to gays are sometimes viewed as an attack on people of faith.

One early test of the new effort will come in Houston next month, when the mayor, Annise D. Parker, will seek to pass an ordinance forbidding businesses and city agencies to discriminate against residents based on sexual identity, race or gender.

In some states, organizations like the Human Rights Campaign, the American Civil Liberties Union and groups Mr. Gill helps fund plan to lobby for nondiscrimination ordinances in housing and employment and for legislation allowing gay parents to adopt. In other states, they are building new grass-roots organizations and pushing for the election of openly gay and lesbian officials where there.

In a nod to the dominant political culture in the South and West, the effort will rely heavily on outreach to Republicans and clergy, as well as to African-American civil rights organizations. Gay rights leaders are also quietly forging partnerships with major corporations based in Southern and Western cities, hoping to leverage their ties to Republican officials.

“The prevalence of the closet presents a challenge far greater than what we’ve seen in the other regions of the country,” said Chad H. Griffin, president of the Human Rights Campaign, which is opening up field offices in Mississippi, Alabama and Arkansas in an effort to build stronger ties to schools, religious institutions and political cultural leaders. “You risk being kicked out of your home. You risk discrimination on the job or being fired. You risk rejection at your place of religious celebration.”

Gay rights leaders are also worried that future court victories could leave gay men and lesbians in some states mired in a legal paradox: They might be free to marry but could still lose their jobs in the 29 states where it remains legal to fire employees for their sexual orientation.

Yes, as always seems to be the case, religion and professional Christians milking the ignorant for money via gay bashing will be the primary obstacles.  Ironically, some of the Christofascists have recently described gays as "leeches," yet if there is any parasite it's the folks like Tony Perkins, Maggie Gallagher, Brian Brown and Victoria Cobb who suck money from those who are often least able to pay.