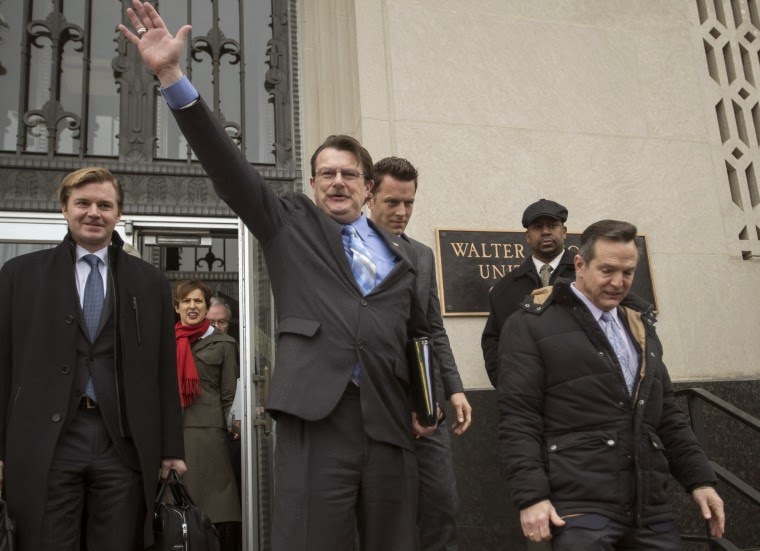 On Friday the Virginian Pilot and the Washington Blade reported that Tim Bostic, one of the plaintiffs in Bostic v. Rainey challenging Virginia's anti-gay animus based Marshall-Newman Amendment had been denied tenure at Old Dominion University.  The university says that the move has nothing to do with Bostic's involvement in the marriage case.  Bostic has reportedly confirmed this claim:

“It has to do with one upper level administrator with a very weak ego who decided to target me because I know some personal information,” said Bostic, without providing any specific details.

But many at the university are not buying the storyline.  Indeed one college professor I spoke with over the weekend pointed directly to the Old Dominion University Board of Visitors, the vast majority of whom are appointees to Bob"Taliban Bob" McDonnell who has a well documented history of a decidedly anti-gay agenda.  Adding to the mix is a Facebook post this evening by Bostic's partner, Tony London, which lists Tim's lengthy list of accomplishments at ODU after stating:

Tim has chosen not to speak about this subject; however, as the person who loves him, I feel compelled to respond so that at least the truth is out there.

Having been forced from a law firm some years back for being gay, I know first hand (i) the animus some Virginia  conservatives hold towards gays and (ii) the lengths they will go to cover up their anti-gay animus.  And then there are the threats that are made as to what will happen if you do not sing the scripted storyline.  I will be blunt.  I do not buy the university's storyline.  Moreover, if Bostic's explanation were true, why isn't something being done to "upper level administrator" who has set the stage for severe damage to the university's reputation?

As a result of what has happened, I am contacting the university tomorrow to say that I am cancelling the balance of my financial pledge.  I hope others will do likewise.  Please also consider contacting the Board of Visitors to express your concern: 757-683-3072 (office); 757-683-5679 (fax).  You will, of course, be told that since "it is a personnel matter" they cannot tell you anything.  But if there is enough blow back, they may want to revisit the matter.  You may also want to contact the office of Governor McAuliffe.  Some of the Bob McDonnell appointed members of the Board of Visitors are coming up for re-appointment or dismissal.  I say we make the case for their dismissal.