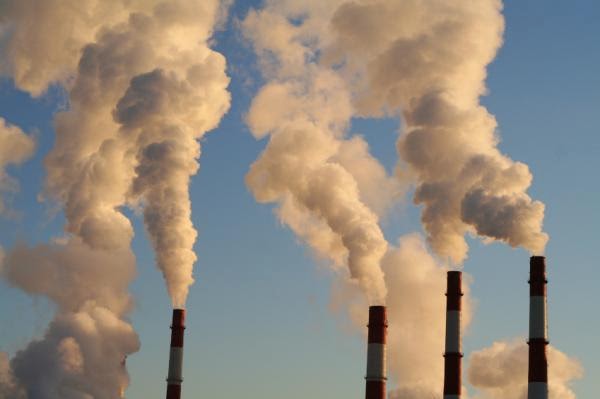 Of late the U.S. Supreme Court seems almost schizophrenic as it hands down socially liberal rulings such as United States v. Windsor  yet then swings toward reactionary rulings such as those striking down provisions of the Voting Rights Act or most recently eliminating affirmative action.  Now, the Court has again handed down a ruling that slams Republicans - including failed GOP gubernatorial candidate Ken Cuccinelli - while handing Barack Obama a victory.  The ruling?   The justices upheld the authority of the Environmental Protection Agency to regulate the smog from coal plants.  The New York Times looks at the ruling.  Here are highlights:

In a major victory for the Obama administration, the Supreme Court on Tuesday upheld the authority of the Environmental Protection Agency to regulate the smog from coal plants that drifts across state lines from more than two dozen Midwestern and Appalachian states to the East Coast.

The 6-to-2 ruling bolsters the centerpiece of President Obama’s environmental agenda: a series of new regulations aimed at cutting pollution from coal-fired power plants. Republicans and the coal industry have criticized the regulations, which use the Clean Air Act as their legal authority, as a “war on coal.” The industry has waged an aggressive legal battle to undo the rules.

In June, the E.P.A. is expected to propose a sweeping new Clean Air Act regulation to cut emissions of carbon dioxide, the heat-trapping greenhouse gas that scientists say is the chief cause of climate change. Coal plants are the biggest source of greenhouse gas emissions in the United States.
“It’s a big win for the E.P.A., and not just because it has to do with this rule,” said Jody Freeman, director of the environmental law program at Harvard. “It’s the fact that it’s setting the stage and creating momentum for what’s to come.”

The Supreme Court decision is only the latest blow to coal. Also on Tuesday, a Federal District Court ordered the E.P.A. to propose by Dec. 1 a new nationwide regulation to rein in smog pollution from coal-fired power plants and other major polluters. This rule would come on top of the regulation covering cross-state air pollution.

“Today’s Supreme Court decision is a resounding victory for public health and a key component of E.P.A.’s efforts to make sure all Americans have clean air to breathe,” Gina McCarthy, the E.P.A. administrator, said in a statement. She added that “the court’s finding also underscores the importance of basing the agency’s efforts on strong legal foundations and sound science.”

The interstate air pollution regulation, also known as the “good neighbor” rule, has pitted Rust Belt and Appalachian states like Ohio, Michigan and Kentucky against East Coast states like New York and Connecticut.

Republicans in Congress denounced the decision.  “This is just the latest blow to jobs and affordable energy,” Representative Fred Upton, Republican of Michigan and the chairman of the House Energy and Commerce Committee, and Representative Edward Whitfield, Republican of Kentucky, said in a statement. Both are from states that rely heavily on cheap coal-fired electricity.

Kudos to the Court.  For years the Adirondacks in New York where my family has a summer home have suffered from acid rain and negative effects arising from air pollution generated by out of state coal fired plants.  Hopefully, the EPA regulations will make a positive difference.
Posted by Michael-in-Norfolk at Tuesday, April 29, 2014