The GOP's Continued War on Minorities 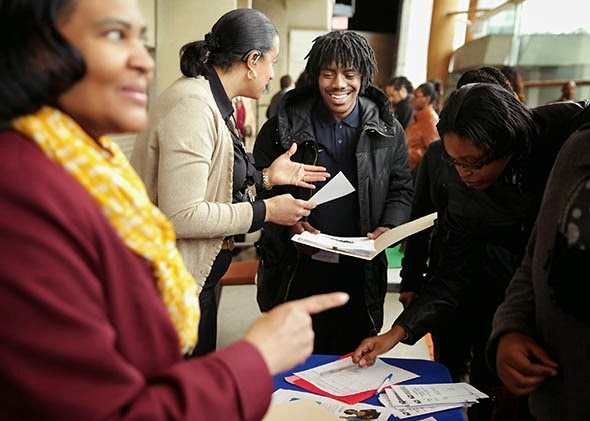 T
he hypocrisy of Republicans and others on the far right on the issue of minority rights is off the charts.  They claim in one breath that they are not anti-black or anti-minority even as they use "dog whistle" sound bites to rally the white supremacists and outright racists and do all in their power to disenfranchise minorities and whittle away at non-discrimination protections and affirmative action programs.  Sadly, it is all to typical of those who claim to honor Christian values yet lie through their teeth and view others as something less than fully human.  A piece in Slate looks at the double speak being used by the right to disguise their effort to roll back protections and make voting increasingly difficult for non-whites.  Here are article highlights:

The right has always been against race-conscious remedies to racial discrimination, touting “colorblindness” as the “constitutional” approach to making policy.


Led by figures like Hans von Spakovsky—a former Bush official who once accused the Obama Justice Department of anti-white racism—and boosted by conservatives on the Supreme Court, the right has chipped away at affirmative action and the Voting Rights Act, while using their state-level clout to limit voting with strict ID requirements and attacks on early and weekend voting.

But there’s still more to do. Von Spakovsky—and his frequent collaborator, Roger Clegg of the misnamed Center for Equal Opportunity—have gone after congressional remedies to the court ruling, calling it a “ ‘get out of jail free’ card to black elected officials in the South, where they can discriminate all they want against white voters.” They are prepping an assault on Section 2 of the VRA, which bars actions that cause racial discrimination in voting, even if that’s not the intent. They’ve also opened a new front in the war against civil rights laws, with an attack on the Civil Rights Act itself.


Von Spakovsky, Clegg, and Slattery focus their fire on the doctrine of “disparate impact,” which treats neutral actions with racially disproportionate outcomes as illegal, if—for example—a business or institution can’t justify a practice as necessary to the job. For them, “Eliminating such claims is therefore another way to help curb the use of racial and ethnic preferences.”

But this is ahistorical nonsense. “Disparate impact” exists because discrimination was often achieved by neutral means.

During Jim Crow, for instance, explicitly discriminatory voting was illegal. White Southerners could block blacks from using public facilities or mandate segregated businesses, but they couldn’t bar blacks from voting. Hence the poll tax and the literacy test. In theory, they were universal requirements—everyone was vulnerable to failing the test or lacking the funds to pay a tax. In practice, of course, extreme poverty and deprivation meant that ex-slaves and their descendants were most likely to fail the test or lack the funds.


It’s for this reason that lawmakers built disparate impact into the 1964 Civil Rights Act (Title VII) and the Age Discrimination in Employment Act of 1967. Even today, disparate impact is critical to fairness in employment, housing, and other fields. The Obama administration has used disparate impact claims to win settlements from banks accused of predatory lending toward minorities. The simple fact is that racial bias is still alive in vast areas of American life, and most people who discriminate are too smart to broadcast their prejudice.

To von Spakovsky, Clegg, and Slattery, however, these measures are as bad, if not worse, than racism against minorities. It doesn’t matter that racial inequities move from generation to generation, propelled by the force of past and present discrimination; for these conservatives, any acknowledgment of race is racism, and anti-racist policies—like federal civil rights laws—are a zero-sum game, with whites as the losers.


Circumstances change and ideologies shift, but the message from conservatives stays the same: What happens on the ground doesn’t matter; equality under the law is sufficient for civil rights. This has never been (and isn’t) true, but then, this isn’t a matter of truth as much as it’s a question of belief.

[I]f, in other words, you think the facts matter—then you’ll reject this “colorblindness” for what it is: a reactionary excuse for doing nothing.