Pundit Fact: Ralph Reed is a Liar When It Comes to Gay Parenting 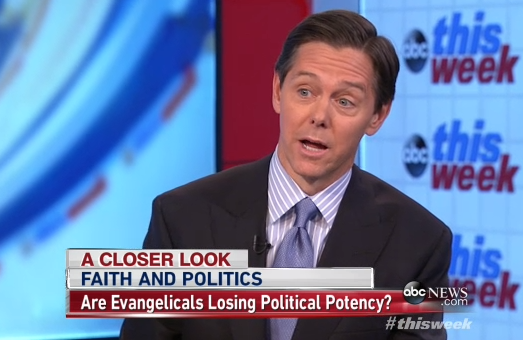 As some readers will recall, Ralph Reed's version of an Easter message of love was to appear on ABC’s Easter Sunday edition of This Week proceed to lie about gays and gay parenting.  Reed - who I suspect is a self-loathing closet case based on our meeting years ago when I was active in the GOP - among other things stated "Social science is irrefutable" that children are better off being raised by a mom and a dad.  Like so much else that comes out of the mouths of the "godly Christian" crowd, Reed's statement was patently untrue.  Thankfully, Pundit fact has taken Reed to task.  Here's the take down via Politifact.com:

PunditFact wanted to know what social science has to say about the effects gay parents have on children compared to straight parents.

The social science statistics Reed called "irrefutable" actually have nothing to do with gay couples raising kids. Instead, they’re focused on the effects of children who grow up without a father in a one-parent household. Put another way, the studies focus on the quantity of parents and not their gender.

We decided not to investigate further the specific stats Reed cited once we realized they weren’t measuring what he said they were.

Comparisons like Reed’s are "a complete misuse of the research," said Judith Stacey, a New York University sociologist.

We did find one study funded by conservative organizations as showing gay parents are worse than straight ones, but it’s been denounced by the American Sociological Association, the researcher’s own university and many reputable sociologists. In conducting the study, Mark Regnerus loosely defined same-sex couples and, in doing so, only spoke with two children who were actually raised by gay parents.

All reputable research so far indicates that children brought up by gay parents are just well off as those brought up by straight parents.  We rate Reed’s statement False.

With mouth pieces like Reed knowingly telling lies it is little wonder that the under 30 generations hold Christianity in such low regard.  In some ways, I hope Reed and his hate merchant allies continue to lie - they are killing the Christian brand and personally, I look forward to the day when self-identifying Christians are a minority in America.
Posted by Michael-in-Norfolk at Thursday, April 24, 2014