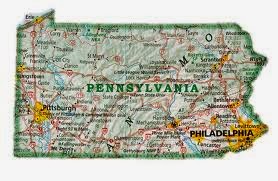 In what is another bad sign for Christofascist and GOP opponents of marriage equality in Pennsylvania, both the plaintiffs and defending state officials have agreed that the case can proceed without trial because the state has no witnesses to call to rebut the pleadings and arguments of the plaintiffs.   Perhaps the state's decision is based on the fact that in the two marriage cases that have gone to trial - in California for Prop 8 and recently in Michigan - the witness supporting same sex marriage bans have been eviscerated and, in the case of Mark Regnerus described by the court as a non-credible witness.  Here are details from an ACLU statement:

Lawyers challenging Pennsylvania’s ban on marriage for same-sex couples filed a motion today asking a federal judge to decide the case on the briefs alone rather than waiting for a previously scheduled June trial. The lawsuit,Whitewood v. Wolf, was brought by the American Civil Liberties Union of Pennsylvania, the American Civil Liberties Union, volunteer counsel from the law firm of Hangley Aronchick Segal Pudlin & Schiller, and University of Pennsylvania School of Law Professor Seth Kreimer on behalf of a widow, 11 couples who wish to marry in Pennsylvania or want the commonwealth to recognize their out-of-state marriages, and two teenage children of one of the plaintiff couples.

A trial became unnecessary after the commonwealth stated that it will not call any experts to counter the plaintiffs’ argument that there is no rational reason why lesbian and gay couples are excluded from marriage, nor does it plan to dispute the specific harms caused to the plaintiffs by the marriage ban. All legal papers in the case will be filed by May 12, meaning a ruling could come at any time after that date.

Along with the motion, today’s filing included written testimony from six experts, including a report on the legal disadvantages that same-sex couples face in estate planning, taxes, health care, and family law in Pennsylvania because they cannot marry or have their marriages from other states respected by Pennsylvania. The motion also includes another expert report about the economic harms to the state’s economy and businesses caused by the commonwealth’s failure to allow same-sex couples to marry or to recognize their marriages from other states.

“In our filing, the court will have before it an overwhelming amount of evidence demonstrating that the freedom to marry in Pennsylvania is nothing to fear and everything to celebrate, and that there is no reason in law, logic, facts, and basic justice, to hesitate any longer in recognizing the plaintiffs’ fundamental rights,” said Mark Aronchick, of Hangley Aronchick Segal Pudlin & Schiller, co-counsel with the ACLU.

The Honorable John E. Jones III is presiding over the case. The commonwealth, which has agreed there is no need for a trial, is expected to file its own motion for summary judgment today.