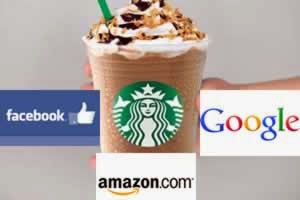 The list of household names filing amicus briefs asking the U.S. Court of Appeals for the Fourth Circuit to rule that Virginia's anti-gay Marshall-Newman Amendment is unconstitutional keeps on growing.  Now, Facebook, Google, Amazon, Starbucks and 24 other businesses have filed a brief urging the Court to strike down Virginia's gay marriage ban.   As noted before on this blog, anti-gay laws are bad for business and harm companies' ability to recruit the best and the brightest employees and impeded some businesses from even moving into Virginia.  Among the surprising business joining in the brief is Mormon owned Marriott International. And as the amicus briefs are filed, it become increasingly clear that religious based hate and bigotry alone were and are the motivation behind the Marshall-Newman Amendment.  On Top Magazine looks at this latest amicus brief filing.  Here are highlights:

A three-judge panel of the Fourth Circuit Court of Appeals in Richmond is scheduled to hear arguments in the case next month.

“The denial of marriage rights to same-sex couples in Virginia goes against our core values and principles,” the companies wrote in a 50-page brief filed Friday. “As employers, we recognize the value of diversity, and we want to do business in jurisdictions that similarly understand the need for a society that enables all married persons to 'live with pride in themselves and their unions,' and that supports us in honoring all of our married employees.”

In contrast the the growing array of supporters who want the Marshall-Newman Amendment struck down, the religious extremists at The Family Foundation, a hate group in all but formal designation, have announced a 40 day fast to protest the lower court's ruling that like Virginia's former bans on interracial marriage, bans on gay marriage are unconstitutional.  This action underscores that religious based discrimination - promoted through a fraudulent campaign and advertisements - is the ONLY true motivation behind the ban's original enactment.  To date, eleven out of eleven federal courts have rejected feigned reasons other than religious belief for such bans across the country.  Here's the money quote from TFF's announcement of the fast:

Pagan philosophies, a secular humanist education establishment and an entertainment industry that is absolutely determined in pushing the envelope on decency and morality have all combined to turn this great land into a country that our forefathers could not even begin to recognize.

These folks are not only insane, but they are a threat to constitutional government.