The Cato Institute: A Constitutional Case for Gay Marriage 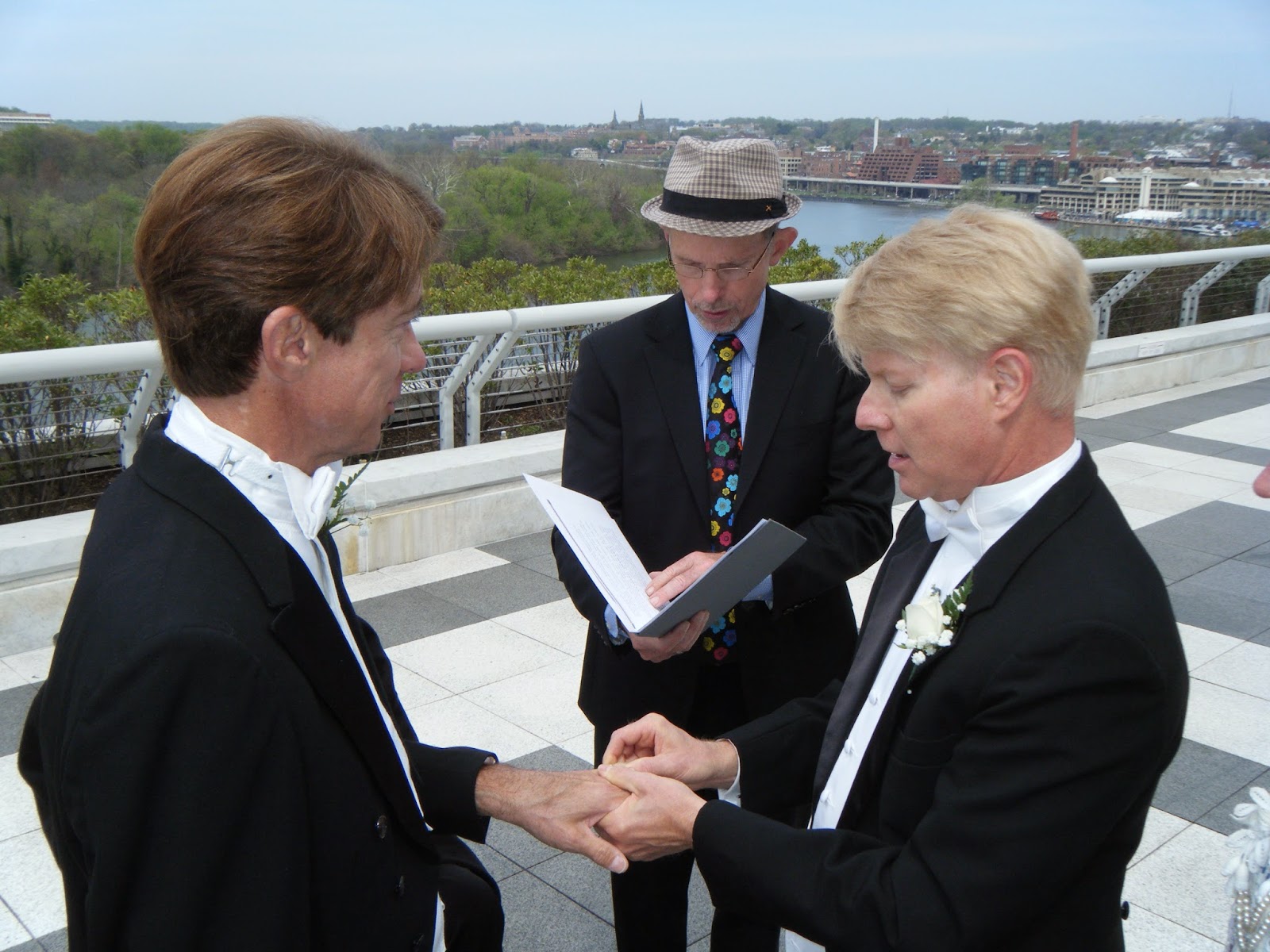 While its libertarian agenda often leads it to side with extreme right wing Republicans who would dismantle government, when it comes to gay rights the Cato Institute is a great ally.  More than a decade ago the Cato Institute filed a brief in Lawrence v. Texas that called for the striking down of Texas' sodomy statute - and Virginia's sodomy statute by extension.  Now, the Cato Institute has filed an amicus brief with the U.S. Circuit Court of Appeals for the Fourth Circuit in the appeal of Bostic v. Rainey which struck down Virginia's heinous Marshall-Newman Amendment.  A column in the Richmond Times Dispatch looks at the Cato Institute brief.   You can read the full brief here.  You can also read Cato's own page on the brief here.  Here are excerpts from the RTD column:

When liberals and conservatives argue they often talk past each other, deploying arguments that seem like winning ones to them but that the other side views as irrelevant or unimportant. So the Cato Institute has done a great service by filing a brief in Virginia’s gay marriage case that makes a conservative argument for the liberal position.

Bostic v. Rainey tests the constitutionality of Virginia’s amendment banning same-sex marriage. Cato is a libertarian think tank that infuriates and delights liberals and conservatives in roughly equal measure — by arguing for huge cuts in both entitlement spending and defense spending, by opposing both gun control and the war on drugs. It has enjoyed the support of liberalism’s bête noir, the Koch brothers. But it had a famous falling-out with them two years ago when the Kochs wanted the institute to take more partisan stands.

Cato’s brief in the Virginia case was written by Ilya Shapiro, with Elizabeth Wydra of the Constitutional Accountability Center. Filed this past Friday, it takes a conservative approach. It stresses the actual text and original intent of the Constitution, with special emphasis on the 14th Amendment.

That amendment, adopted after the Civil War, stipulates that states shall not deny “to any person . . . the equal protection of the laws.” This, says Cato, effected a profound change in the nature of the Constitution, “from one that sanctioned inequality to one that prohibited it.”

Notably, the equal-protection clause is not limited to “any black person” or “any straight person” but to any person, period. As one of its drafters, Rep. John Bingham, said, it insists that “all persons, whether citizens or strangers . . . have equal protection in every State in this Union in the rights of life and liberty and property.”

The brief goes on to argue that “the original meaning of the equal protection clause confirms” that it “applies broadly to all persons.” When he introduced the amendment in the Senate, Jacob Howard — so closely associated with the amendment it sometimes was called the “Howard Amendment” — stressed that it “abolishes all class legislation in the States and does away with the injustice of subjecting one caste of persons to a code not applicable to another.”

Marriage, Cato argues, is “a basic civil right of all persons” — one the Supreme Court described in Loving v. Virginia as a “vital personal right essential to the orderly pursuit of happiness.” It is not a privilege or a blessing conferred by the state, but an aspect of liberty: As Sen. Jacob Howard explained, “a slave ‘had not the right to become a husband or father in the eye of the law,” whereas “the attributes of a freeman according to the universal understanding of the American people” included “the right of having a family, a wife, children, home.” Cato quotes an African-American soldier: “In slavery we could not have legalized marriage: now we have it.”

But what of tradition? Traditionally, marriage has meant the union of one man and one woman. Well, Cato retorts, “no tradition can supersede the Constitution.” That is a direct quote from Justice Antonin Scalia in a 1990 case. A nice touch. Cato goes on to cite several other cases, all making the same point as Scalia did. “If a so-called tradition or history of discrimination were sufficient to justify perpetuating the discriminatory practice,” writes Shapiro, “our public schools, drinking fountains, and swimming pools would still be segregated by race. . . . Carving out of the text of the 14th Amendment an exception for traditional forms of discrimination would have strangled the Equal Protection Clause in its crib.”

Virginia enacted its marriage amendment specifically to prevent gays and lesbians from exercising a liberty exercised by straights. As Cato’s brief makes abundantly clear, it is precisely the sort of state-imposed discrimination against a caste of people the 14th Amendment was written to prevent.

On a personal note, my husband and I consider ourselves within the category of "all persons."  We want and demand equality under the civil laws along with everyone else.
Posted by Michael-in-Norfolk at Wednesday, April 23, 2014