We Are Married - Wedding Reflections Pt. 1 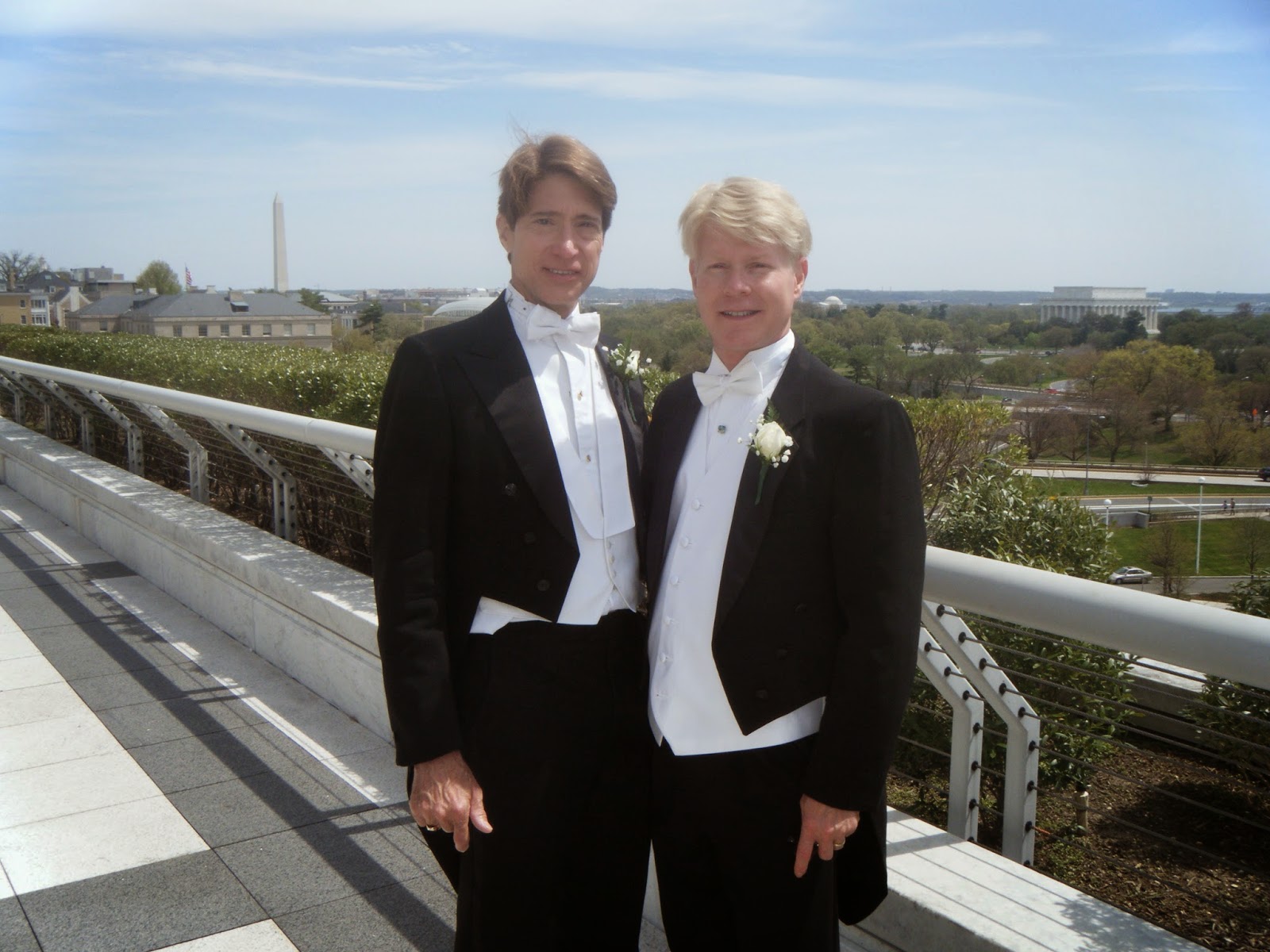 This weekend was a bit of a whirlwind.  We drove to Washington, D.C., yesterday morning - we did not actually arrive until 1:30PM due to horrific traffic, an everyday Washington phenomenon - and settled into out hotel before going out for a light lunch at the Daily Grill on Connecticut Avenue.   The real partying, however, began later at Oceanaire on F Street east of the White House.  We purposely kept the group small and intimate knowing that a much larger reception would take place later in the year when my children can attend. The company was great and the dinner over the top.  My father-in-law had a great time as did the rest of us.  A few of us had a "nightcap" at our hotel afterwards before turning in.

The main event, of course, was today at the Kennedy Center where a District of Columbia marriage commissioner married us.  My father-in-law participated in the ceremony.  We wrote the ceremony based on the theme in notes from the wedding of friends who likewise married later in life and who, like me have children.  The marriage commissioner added some nice flourishes and overall, it was moving and emotional.  The irony is that in many of the pictures you can see Virginia - where we still cannot legally marry - in the background across the Potomac. 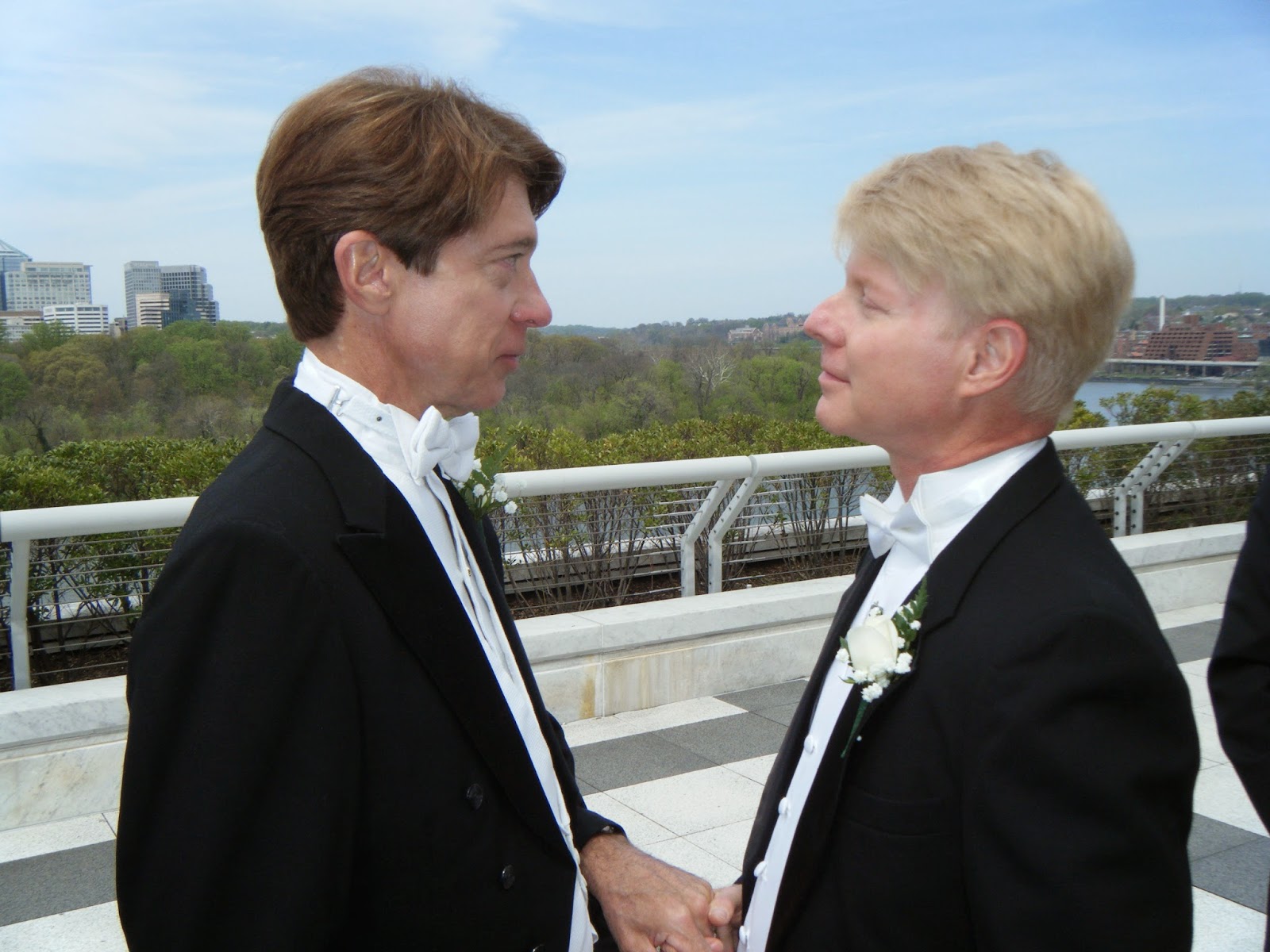 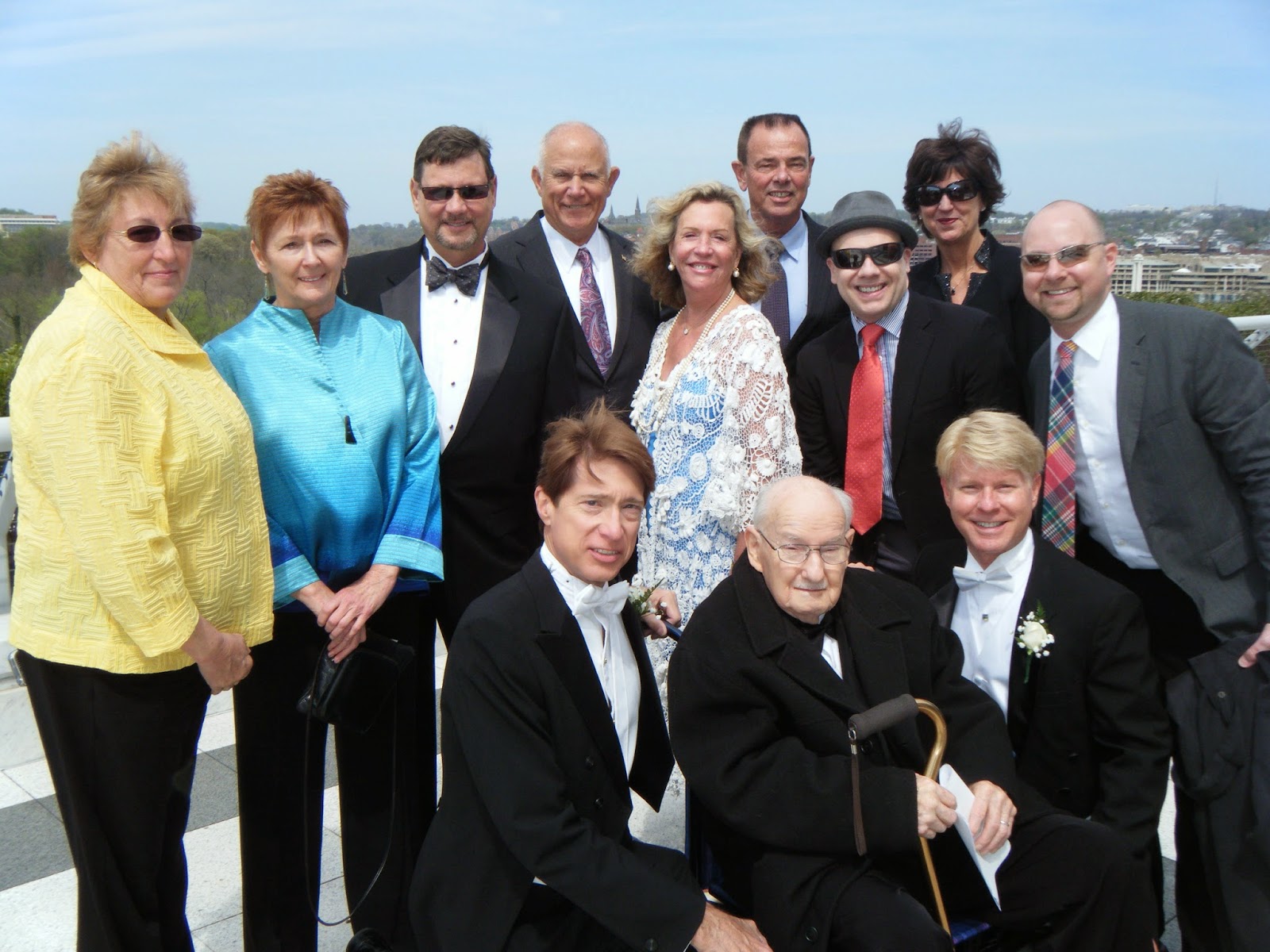 Following the ceremony, we had a great time at the Terrace Restaurant on the top level of the Kennedy Center which has an amazing view on two sides.  All in all, it was a wonderful and needless to say memorable weekend.  As for a honeymoon, in September we are flying to Venice and taking a seven day cruise of the Greek Islands. 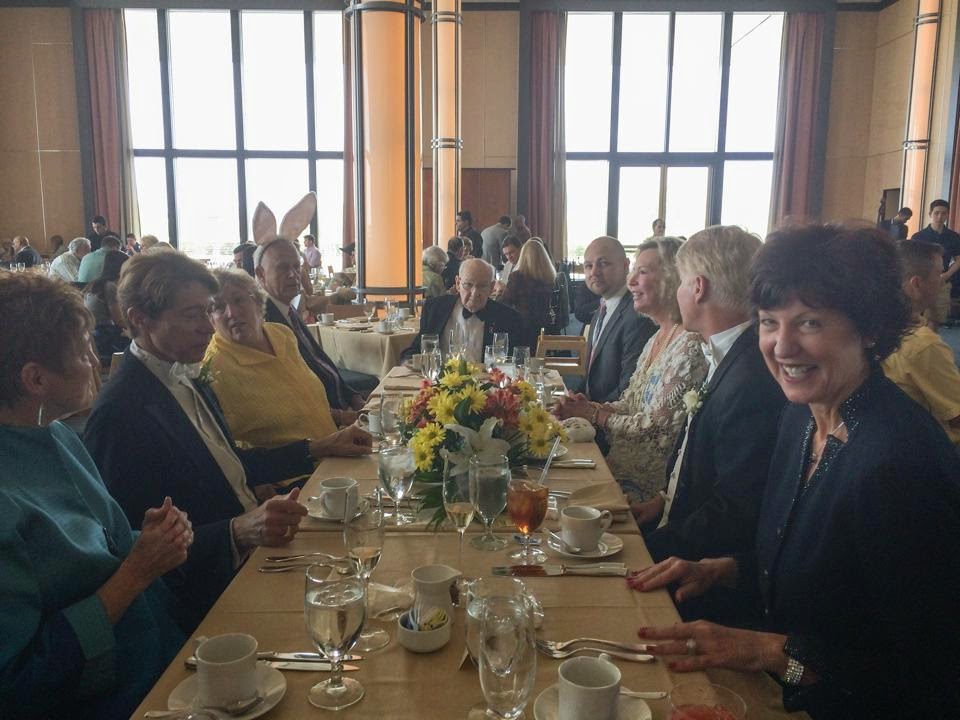 While in the restaurant, we had many of the staff and numerous other dinners give us words of congratulations.  The times are changing and religious based discrimination needs to end now.

So happy for you both. Congratulations! Beautiful photos!

Beautiful photos. Howard and I are so happy for you both!

And my own best wishes to you both!

Thank you for the kind wishes. We are very happy.

Congratulations! A truly handsome couple, and wonderful family!!! So glad your day was special (as if it would have been anything but)!