Austin Poised to Adopt Resolution in Support of Gay Marriage 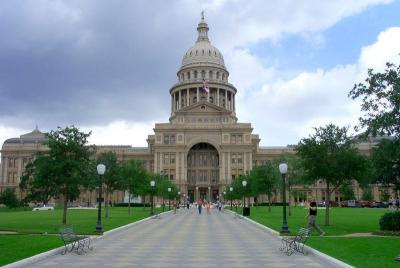 This should be fun to watch!  What?  The city of Austin, Texas (i.e., the capital of Texas) is likely to pass a resolution supporting gay marriage.  Can't you see the spittle flying and the convulsions over taking Texas Christofacists?  Frankly, the city's action make sense.  The creative class has been documented to be attracted to cities with high "gay indexes."  Thus, what better way to make the city stand out as gay friendly and gay welcoming than to adopt a resolution that will send the Neanderthals in the Texas legislature and the closet case in the governor's mansion crazy.   Gay Star News has details.  Here are excerpts:

Austin, already known as the most progressive city in Texas, could become the first city in the state to officially support gay marriage.

The City Council on Thursday (27 September) will vote on a formal resolution which comes after a petition in support of the resolution posted by Equality Texas was signed by 1,700 people.

Equality Texas says in a statement that the council resolution 'recognizes that marriage is a powerful and important affirmation of love and commitment and a source of social support and recognition.'

'Passage of this resolution will send the message to state and national leaders that Austin is a community that values equality for all its citizens,' the group states. 'The resolution will also send the message that the City of Austin believes all couples in loving and committed relationships should be given the opportunity to create stronger and more successful families through civil marriage.'

Also supporting the resolution are the Human Rights Campaign, the Anti-Defamation League, the NAACP, and the Mexican American Legal Defense and Education Fund.

I hope the resolution passes and I find it interesting that both the NAACP and Mexican American Legal Defense and Education Fund - which represent citizens despised by today's GOP - are backing the measure.  Don't expect any city in Virginia other than perhaps Charlottesville to even consider such a resolution anytime soon.
Posted by Michael-in-Norfolk at Wednesday, September 26, 2012