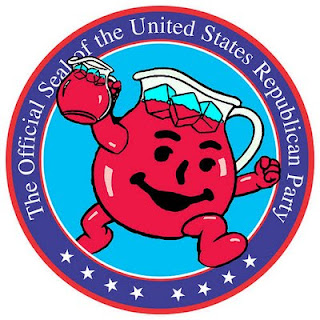 The newest meme of the far right is that all of the polls which show Barack Obama ahead of Mitt Romney are a ploy of the liberal media and liberal elite designed, if you will, to demoralize the Christofascists and Tea Party gang enough so that they will simply stay home believing the election is already lost.  It seems that accepting the reality that the vision of America being marketed by today's GOP simply is not selling well with a majority of the country is beyond their contemplation.  Leading the charge against polls and reality are demagogues like Rush Limbaugh.  Even some Republicans from my former GOP days seem to be slipping into this reality denying bubble.  A column in The Daily Beast looks at the phenomenon.  Here are excerpts:

What a fantastic last two weeks these have been. I don’t even mean Barack Obama solidifying his lead over Mitt Romney, although that’s perfectly fine. No, I mean the near-mathematically perfect joy of watching these smug and contemptible creatures of the right dodge and swerve and make excuses and, most of all, whine. There is no joy in the kingdom of man so great as the joy of seeing bullies and hucksters laid low, and watching people who have arrogantly spent years assuming they were right about the world living to see all those haughty assumptions die before their eyes. Watching them squirm is more fun than watching Romney and Paul Ryan flail away.

Well, the polls have started to come, and they portend total disaster. Americans don’t turn out to like a heartlessly cruel Social Darwinian articulation of the national condition that by the by calls half the population worthless. Huh. Go figure.

But is this a problem? Of course not! There is an explanation for this too: The polls are wrong! All of them. Except of course Rasmussen, that rock of right-minded methodological certitude jutting out from the ocean of relativist corruption.

[T]he gold medalist of this event by far is Dick Morris, who sits there on the Fox set like a betumored walrus on an ice floe assuring his viewers not to worry. His riff to Sean Hannity Monday night, a night when everyone else saw that Obama’s lead was getting comfortable-to-the-point-of-insurmountable, is worth quoting at some length: “[Romney] is at the moment in a very strong position. I believe if the election were held today Romney would win by four or five points. I believe he would carry Florida, Ohio, Virginia. I believe he would carry Nevada. I believe he would carry Pennsylvania.” Even Hannity at this point interjected, “Oh, come on.”

[I]t’s not lies with which Limbaugh and Morris and their ilk are now coming face-to-face. It’s the truth. Americans like Barack Obama. They don’t like Mitt Romney. They really don’t like Paul Ryan. And they don’t want any part of the ideology of callousness and make-believe facts and pigheaded warmongering—and economic crisis and big deficits and all of that—that the Republicans are peddling. Of course these people will never come to terms with all that. But right now, boys, you’re running out of targets, and excuses.

I remain cautiously optimistic that the polls are accurate and that Obama is building an unassailable lead.  Nothing in my view will be better for the cause of gay rights - and the future of the country at large - than a resounding GOP defeat.   Will it be enough to cause the GOP to shake loose from the control of the Christofascists (the GOP platform is after all the wet dream of haters like Tiny Perkins and James Dobson)?  Probably not, but it could at least be the beginning of the end of the Christian Rights dominance in the GOP.
Posted by Michael-in-Norfolk at Friday, September 28, 2012