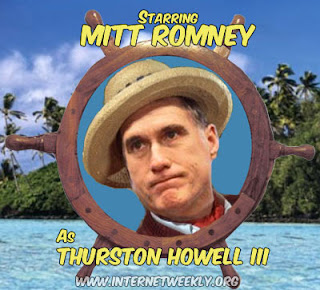 I continue to be encouraged by the latest polls which seem to indicate that Americans are increasingly rejecting the GOP vision for the nation's future: unfettered greed and special rights for the wealthy, a form of economic serfdom for everyone else, open racism and discrimination, and morality set by the Christofascists.  That said, I sincerely hope that those who reject this future do not become complacent and fail to get out and vote.  The newest poll that supports the proposition that Americans do not like what the GOP is selling is a NYT/Quinnipiac/CBS.  Politico reports on the poll results and quotes the Times in part.  Here are highlights:

A NYT/Quinnipiac/CBS poll released Wednesday found President Obama has opened up a 10-point lead in Ohio and a 9-point lead in Florida, the latest of several surveys suggesting Mitt Romney continues to lose ground just weeks before the election. Via the NYT:

The surveys, which had margins of sampling error of plus or minus three percentage points for each candidate, also included a Pennsylvania poll, where Mr. Obama is leading Mr. Romney by 12 percentage points.

The polls were conducted as the Romney campaign grappled with fallout last week from the release of his tax returns and remarks he made at a fund-raiser in which he bluntly suggested that 47 percent of Americans saw themselves as victims who are dependent on the government. That was the latest in a string of setbacks for the campaign that appears to be sapping the optimism of some of his supporters.

The survey follows a Washington Post poll released Tuesday that found Obama up 52-44 in Ohio and and 51-47 in Florida.

Posted by Michael-in-Norfolk at Wednesday, September 26, 2012