More Fallout - Jesus Said To Them "My Wife

I have followed with amusement the reactions of the "godly Christan" crowd and the professional Christian set in particular to the news coverage on the 4th century papyrus fragment of a Coptic text that includes Jesus saying the words, "My wife..."   Many of these folks are incensed and claim that the fragment is a fraud and forgery, etc.  The real issue in my view is that conservative Christians - especially those who claim the deeply flawed Bible is inerrant -  simply cannot tolerate ANYTHING that suggests that their neat check the box off the list belief system might not be true.  It simply terrifies them to distraction.  Any student of early Church history knows the maxim that "the winner gets to write the history" and that the factions in early Christianity diligently worked to wipe out all texts and communities (yes, godly Christians murdered these "heretics") that failed to adhere to the official story line that ultimately came to be dictated from Rome.     Andrew Sullivan has some reflections on the controversy.  Here are some highlights:

At every turn, King emphasizes merely that the papyrus teaches us about the diversity of views in early Christianity, rather than "proving" Jesus had a wife. An example from the Q&A she provides:


...this fragment does not provide evidence that Jesus was married. The comparatively late date of this Coptic papyrus (a fourth century CE copy of a gospel probably written 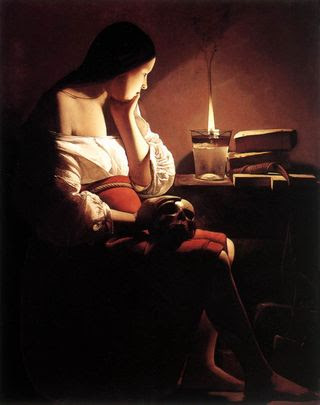 in Greek in the second half of the second century)
argues against its value as evidence for the life of the historical Jesus. Nor is there any reliable historical evidence to support the claim that he was not married, even though Christian tradition has long held that position. The oldest and most reliable evidence is entirely silent about Jesus's marital status.
The first claims that Jesus was not married are attested only in the late second century CE, so if the Gospel of Jesus's Wife was also composed in the second century CE, it does provide evidence, however, that the whole question about Jesus's marital status arose as part of the debates about sexuality and marriage that took place among early Christians at that time. From the very beginning, Christians disagreed about whether it was better to marry or to be celibate, but it was over a century after Jesus's death before they began using Jesus's marital status to support their different positions. Christian tradition preserved only those voices that claimed Jesus never married, but now the Gospel of Jesus's Wife shows that some Christians claimed Jesus was married, probably already in the late second century.

I am not that interested in whether Jesus was married or celibate. But I am interested in the way in which a patriarchal, male-only hierarchy, which has been exposed as a conspiracy to commit and then cover up child-rape still excludes half of humanity from true equality in a church based on Jesus' teachings. Jesus clearly saw women as total equals, trespassed over gender lines constantly, and told all of us to become like little children if we are to live in God's full love. Paul told us that there is "neither male nor female" in Christ's vision of our equality on His love.

These little moments - and this is a tiny one - help open that reality to the light: that the message and truth of Jesus is tragically being obscured by some of the Pharisees of our time.

We will likely never know the real truth about Christ because his message has been changed, corrupted and perverted by those who sought to use it to enhance their own power, control of others and personal wealthy (e.g., Joel Osteen is a modern day example).  I do think, however, it is safe to assume that the truth is not what the Vatican and far right Christians claim it to be.
Posted by Michael-in-Norfolk at Monday, September 24, 2012