Confidence in Organized Religion at an "All-Time Low” 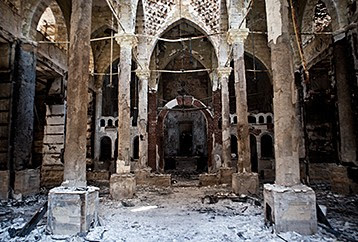 In more positive news, a new survey finds that Americans' confidence in organized religion is justifiably at an all time low.  Not that the Republican Party will get the message that it is clinging to a sinking ship.  Personally, I hope the decline continues and that eventually the toxic poison peddled under the smoke screen of "religious belief" will play a declining role in American politics.  Newsweek looks at the trust in organized religion's dramatic drop.  Here are excerpts:

Confidence in organized religion is at an an “all-time low” among Americans and the church has fallen in a ranking of the country’s most trusted institutions, according to new polls.

Only 42 percent of Americans now have a “great deal” or “quite a lot” of confidence in organized religion and the church, according to the Gallup poll. The church stands behind the military, small business and the police in a list of institutions in which Americans have the most confidence; but Americans do still trust the church more than the medical system, Congress and the media, Gallup said in a separate poll on Monday.

“Poor behavior on the part of some religious leaders has caused serious self-inflicted wounds for the church and organized religion—damaging its image among Protestants and Catholics as well as many non-Christians,” said Gallup.