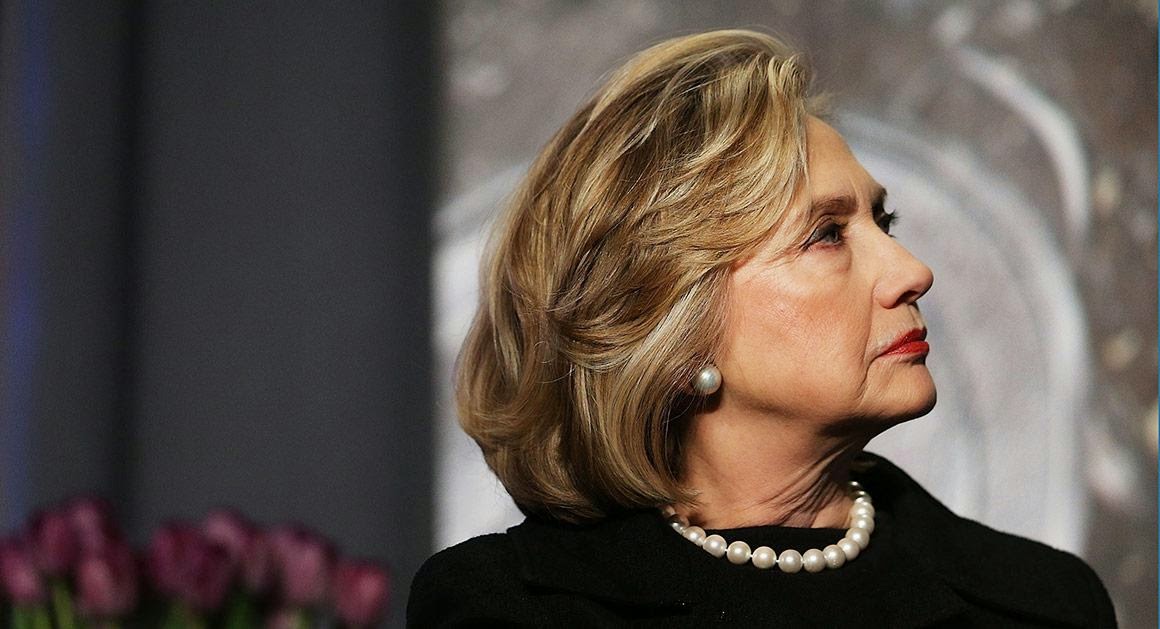 While the would be GOP presidential nominees are busy riding the clown car and pandering to every lunatic conspiracy theory - Ted Cruz is even saying that Obama may invade Texas - and religious based bigotry, things on the Democrat side of the contest seem restrained and sane in comparison.  Yes, Hillary Clinton now has an opponent for the nomination in the form of Bernie Sanders, some think that Hillary is elated that it is Sanders as opposed to Elizabeth Warren.  A piece in Politico Magazine looks at why Hillary is acting so graciously so far.  Here are excerpts:

It was only a tweet, but one could detect a certain jubilation in Hillary Clinton’s voice as she “welcomed” Vermont Sen. Bernie Sanders – the senator so far to the left he’s not even a registered Democrat — into the presidential race. "I agree with Bernie. Focus must be on helping America's middle class. GOP would hold them back,” Clinton tweeted. To be sure everyone noticed, she signed the tweet "H." This is really me talking, everybody!

You can bet that, if it had been Elizabeth Warren, there would have been less jubilation in Clintonworld.

Why is Hillary happy? First of all, Bernie has no chance of winning the Democratic nomination, whereas a Warren might actually have a shot. Second, the quixotic nature of his campaign will all but ensure that resistant progressives go over to Clinton sooner rather than later. Finally, he is the first of a bunch of progressive-come-latelies, Lincoln Chafee, Jim Webb and Martin O’Malley, whose main achievement will be to split the anti-Hillary left. With Clinton generally polling around 60 percent among Democrats, having four candidates divvy up the remaining tally is a recipe for a Hillary coronation. If Clinton doesn’t have to sweat, then she doesn’t owe anybody anything.

Above all, the weakness of Bernie Sanders and her other likely challengers virtually ensures that she will not be forced to adopt policies so progressive that  they could cost her the election in November. Indeed, Warren’s hovering over the race has put more pressure on Hillary than anyone actually preparing to join it.

O’Malley can appeal to Hillary skeptics who want a safer, button-down alternative. Chafee has suggested he wants to emphasize foreign policy, which may entice liberals most aggrieved by Clinton’s perceived hawkishness. Webb, like Sanders, believes Democrats need white working-class voters who spurned Obama to ensure an electoral majority. Unlike Sanders, Webb’s pitch is more tribal. The author of a book celebrating his fellow Appalachian Scots-Irish, Webb is fond of saying “If you’re poor and white, you’re out of sight.” Such racially competitive victimhood may not help Webb get far with in the multicultural Democratic electorate, but he could make it harder for Sanders, as well as Clinton, to make inroads with that constituency.

But while Sanders might give the most comprehensive one-hour speech on how to save the middle class, it’s less certain he knows how to move Hillary Clinton in his direction, or if that is even his underlying goal. (He insists, of course, that he’s running “to win" and “not running against Hillary Clinton.”)

A strong primary challenger can make it harder for Hillary to skirt specifics. But much of the Sanders’ agenda and rhetoric doesn’t put Hillary on the spot.