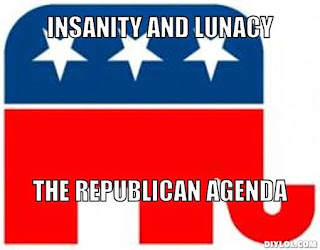 The circus clown atmosphere of the Republican presidential candidate pool is growing as three individuals who likely have no chance in Hell of winning the nomination indicate that they will be announcing their candidacies:  Ben Carson, Mike "Let's Over Throw the Constitution" Huckabee, and Carly Fiorina.  Other than fanning their large egos and perhaps striving to keep fees for speaking engagements rolling in down the road, one has to wonder why any of this trio of nutcases feels compelled to throw their hat into the ring.  The New York Times looks at the coming announcements.  Here are excerpts:


For the Republican Party, the presidential candidates keep coming.

The next wave arrives this week, with Carly Fiorina and former Gov. Mike Huckabee of Arkansas set to announce what most political analysts consider long-shot bids for the Republican nomination. Ben Carson announced his bid on Sunday night. They will join Senators Ted Cruz, Marco Rubio and Rand Paul in the race.

Ms. Fiorina is expected to start things off low-key on Monday with an announcement, followed by a call with reporters and a virtual town-hall-style meeting. Later in the week, she will head to Iowa, New Hampshire and South Carolina.

Ms. Fiorina brings strong business acumen and a promise to be a more compassionate version of Mitt Romney, the 2012 Republican nominee. And she has suggested that she is the perfect antidote to Mrs. Clinton, who many believe has an easy path to the Democratic nomination.

Mr. Carson gained attention in political circles in 2013 after he was invited to give an address at the National Prayer Breakfast in Washington and warned that America was headed down the path of ancient Rome. With President Obama seated a few feet away, Mr. Carson, who is black, called the Affordable Care Act “the worst thing that has happened in this nation since slavery.” For conservatives, a star was born.

The week will also bring the return of an old political star. On Tuesday, Mr. Huckabee will gather supporters at Hempstead Hall in his hometown, Hope, Ark., to announce that he is planning to make another White House bid.  Popular with evangelical Christians, Mr. Huckabee won the Iowa caucuses in 2008 and remains one of the party’s stronger campaigners. Republican strategists suggest that he could peel votes away from candidates like Mr. Cruz and Gov. Scott Walker of Wisconsin, and that with so many Republicans seeking the nomination, another strong showing in Iowa would not be surprising.

“For guys like Walker and Cruz and maybe even Paul, Huckabee’s entry to the race probably has the effect of pulling them to the right, at least on social issues,” said Reed Galen, a political strategist who worked for former President George W. Bush and Senator John McCain of Arizona.

As if the GOP candidates need any more incentive to veer to the right.  That said, Huckabee will likely throw some religious based insanity into the mix and it will be interesting to see how far the others will go in prostituting themselves to the knuckle dragging Christofascists.