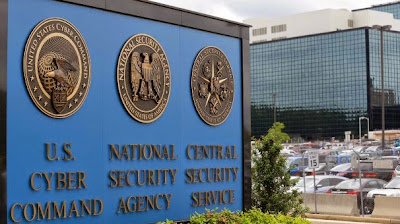 This blog has repeatedly maintained that the bulk collection of telephone metadata by the National Security Agency is illegal.  Today, the United States Court of Appeals for the Second Circuit confirmed this view by finding that the telephone medadata collection was illegal.  The scope of the now confirmed illegal domestic surveillance of Americans was first revealed by Edward Snowden who is now facing federal charges for in effect alerting the public to the fact that the NSA was breaking the law.  With the new court ruling, Congress will be forced to address the lawlessness of our national security agencies.  The infighting and partisanship should make for great spectator sport.  Here are highlights from Politico:

A court ruling Thursday against the National Security Agency’s phone data collection sparked a war of words between the Senate’s leaders over the future of the program — with little hope of a quick breakthrough.

With lawmakers facing a May 31 deadline to extend or reform parts of the PATRIOT Act, Senate Majority Leader Mitch McConnell and Minority Leader Harry Reid both refused to cede ground.

“According to the CIA, had these authorities been in place more than a decade ago, they would have likely prevented 9/11,” McConnell said on the floor of the chamber. He called soon-to-expire provisions of the PATRIOT Act “ideally suited for the terrorist threat we face in 2015.”

Reid, meantime, called for an immediate vote on the USA Freedom Act, a surveillance reform bill advancing in the House that would end the telephone metadata program.

“Instead of bringing the bipartisan NSA reform bill up for a vote, Sen. McConnell is trying to force the Senate to extend the bulk data collection practices that were ruled illegal today,” he said. “It would be the height of irresponsibility to extend these illegal spying powers when we could pass bipartisan reform into law instead.”

The court decision injected a new element of uncertainty into the already rancorous debate in Congress over whether to extend the PATRIOT Act provisions, including Section 215, used to justify the NSA’s bulk data collection, first revealed by Edward Snowden’s leaks. If Congress doesn’t act by May 31, the provisions will expire.

Reid’s office threw cold water on the idea of a short-term solution, saying he “will use the tools at my disposal to stop any attempt to extend these powers for any length of time without reforming them.”
Privacy zealots from both parties on Thursday applauded the court decision, saying it should grease the skids for lawmakers to approve the USA Freedom Act.

“Today’s federal appeals court ruling confirms what we’ve been saying all along: Bulk collection of data is not authorized under the law and is not accepted by the American people,” said Reps. Bob Goodlatte (R-Va.), John Conyers (D-Mich.), Jim Sensenbrenner (R-Wis.) and Jerry Nadler (D-N.Y.), who are all sponsors of the USA Freedom Act in the House.

National security hawks were quick to question the ruling’s durability, citing the potential for other courts to weigh in and the possibility of an appeal to the Supreme Court.

What the NSA has been doing would have been a dream come true for Adolph Hitler, Josef Stalin and other ruthless dictators.   It speaks volumes as to how much freedom of privacy American citizens have lost.  Currently, America ranks among the worse nations in the world when it comes to domestic surveillance and lack of personal privacy.