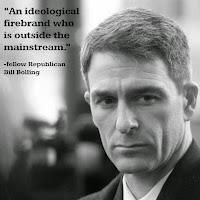 One of the agendas of now felon, Bob McDonnell and Ken "Kookinelli" Cuccinelli was to burden abortion and family planning clinics with hospital like requirements that would have forced many to close.  The effort was to supposedly "protect women" but other outpatient clinics performing even more dangerous and invasive procedures were exempt from the requirements.  As always, the Christofascsts' alleged justifications did not hide their anti-abortion and anti-family planning clinic goals.  Now, as the Washington Post reports, Attorney General Mark Herring has ruled that such clinics do not have to meet the excessive requirements.  Needless to say, the always evil Victoria Cobb of The Family Foundation - Virginia's leading anti-gay hate group - has her panties in a wad. Here are highlights:

Herring’s action reverses an opinion from his Republican predecessor, Ken Cuccinelli II, and put an issue that has long divided lawmakers back on the front burner.

The advisory opinion has no immediate effect on clinics currently operating, but it could influence the state Board of Health when members consider an overhaul of rules. On June 4, the board will review rules that require the commonwealth’s 18 existing abortion clinics to widen hallways, add parking spaces and make other costly building renovations.

Abortion rights groups say those changes are a blatant attempt to close clinics and reduce access to abortion in Virginia, while abortion opponents say the rules are needed to ensure safety for women and access for emergency personnel.

Monday’s opinion “supersedes and reverses incorrect advice” given to the Board of Health in 2012 by Cuccinelli, Herring spokesman Michael Kelly said. Democrats accused Cuccinelli of bullying the board into forcing existing clinics to conform to the rules.

“That advice — that design-and-construction standards had to apply to preexisting facilities — is not supported by the law and represented an anomaly in how the Board of Health has treated the facilities it regulates and the way that laws are interpreted in Virginia,” Kelly said.

The new opinion restores the Board of Health’s usual practice of making such standards apply only to new construction and major renovations, Kelly said.

“[I]t’s not surprising that the Attorney General is inserting his political agenda by ignoring the will of the legislature,” Victoria Cobb, president of the Family Foundation of Virginia, said in a statement. “He has proven time and again that he believes he is not bound by the law.”

Del. Robert G. Marshall (R-Prince William) said he agreed that the move was an end run around the legislature, adding: “Now he’s saying, ‘Screw you,’ again.”

But Herring accused Cuccinelli of bending the law to his political agenda when he advised board members against grandfathering existing clinics.

The Board of Health is expected to vote June 4 on the proposed rules in a showdown likely to draw out passionate advocates on both sides of the issue. The vote will trigger a review by McAuliffe and Herring as well as a 60-day public comment period culminating in a final vote sometime this fall.

The issue has a contentious history in Virginia. In early 2011, the General Assembly voted for, and McDonnell approved, a law that categorized facilities that perform five or more abortions a month as hospitals.