New Poll: Clinton Extends Her Lead Over All Republican Candidates 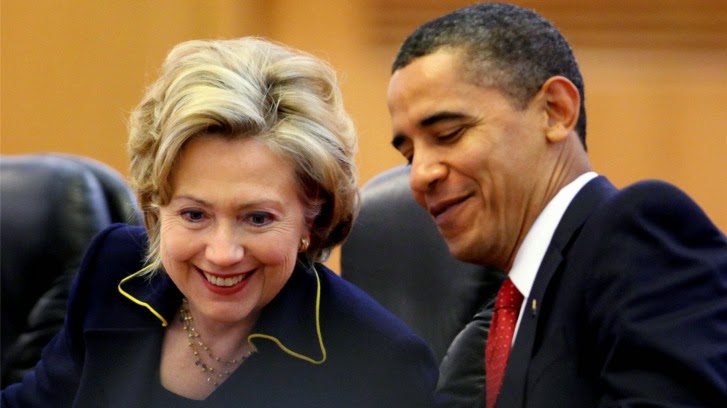 As the Republican Party presidential campaign clown bus becomes increasingly crowded, two new polls should give sane Republicans (to the extent there are any left) pause.  One shows that despite the efforts of the far right noise machine, Hillary Clinton continues to hold a lead over every one of the clowns crowding the GOP clown car.  The other found that  55% of younger voters want the Democrats to maintain control of the White House.   The obvious take aways are (i) that huge efforts will be needed in 2016 to turn out younger voters, and (ii) the efforts to slime Hillary are not working so far.  Here are excerpts from two articles in Politicususa.com that look at the poll findings:

First, on Hillary's standing versus the GOP clowns:

A new NBC News poll reveals that the Republican attempts to stop Hillary Clinton have failed as the Democratic frontrunner leads every Republican presidential candidate.
According to NBC News:

In the new NBC/WSJ poll, Clinton’s favorable/unfavorable rating stands at 42 positive, 42 negative (even) – down from 44 percent positive, 36 percent negative in March (+8).

Clinton remains more popular than any of her potential Republican opponents because what the Republican Party stands for is very unpopular.

A survey from the Harvard University Institute of Politics contained good news for Democrats. The younger voters that were a key part of President Obama’s victories solidly want to keep a Democrat in the White House.

In many ways, the findings of this latter survey should come as no surprise since the GOP's sole focus is pandering to aging angry white voters who cling to beliefs rejected by younger and/or educated voters.