Tim Bostic and Tony London - Reflections on an Amazing Wedding 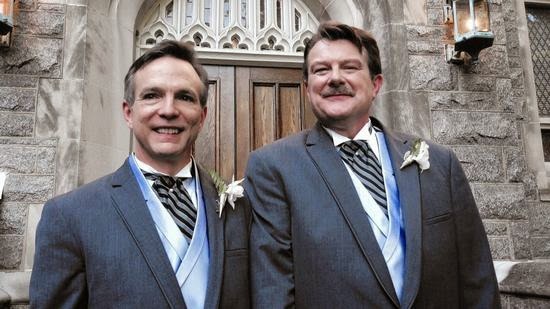 As noted yesterday, the husband and I attended the wedding of Tim Bostic and Tony London (pictured above) yesterday at the magnificent Christ and St. Luke's Episcopal Church in Norfolk and then the reception that followed at the Harrison Opera House.  For those living under a rock, Tim and Tony were the lead plaintiffs in the case that ended Virginia's bans on same sex marriage.

The wedding was historic for many reasons, not the least because it was held in one of Norfolk's old line "power churches" - the parish dates from 1637 and has been attended by many a who's who of Norfolk.  Also noteworthy is the fact that Lt. Governor, Ralph Northam, did one of the readings, and in attendance were the mayor of Norfolk, at least one state senator (Lynnwood Lewis), the commissioner of revenue, and a number of "old Norfolk" folks.  Also attending were Carol Schall and Mary Townley whose case was joined with the Bostic/London case.  Added to all of this was the pomp and circumstance of a "high church" Episcopal service complete with communion service.

Many of our LGBT friends in attendance found it difficult not to tear up.  When I came out in mid-life almost 13 years ago, NEVER, EVER in my wildest dreams did I ever think I'd see such and event in Norfolk let alone in a church like Christ and St. Luke's.  The homily by Rev. Win Lewis was spot on and one of the readings addressed the love of Jonathan and David.    It truly is hard to describe all of the emotions I felt.  The entire service in my view made a huge statement that things have changed remarkably.   There are many battles still to be fought here in Virginia and elsewhere, but a sea change has occurred.  The Virginian Pilot has coverage here and the Daily Press here.

The following are photos from the event. 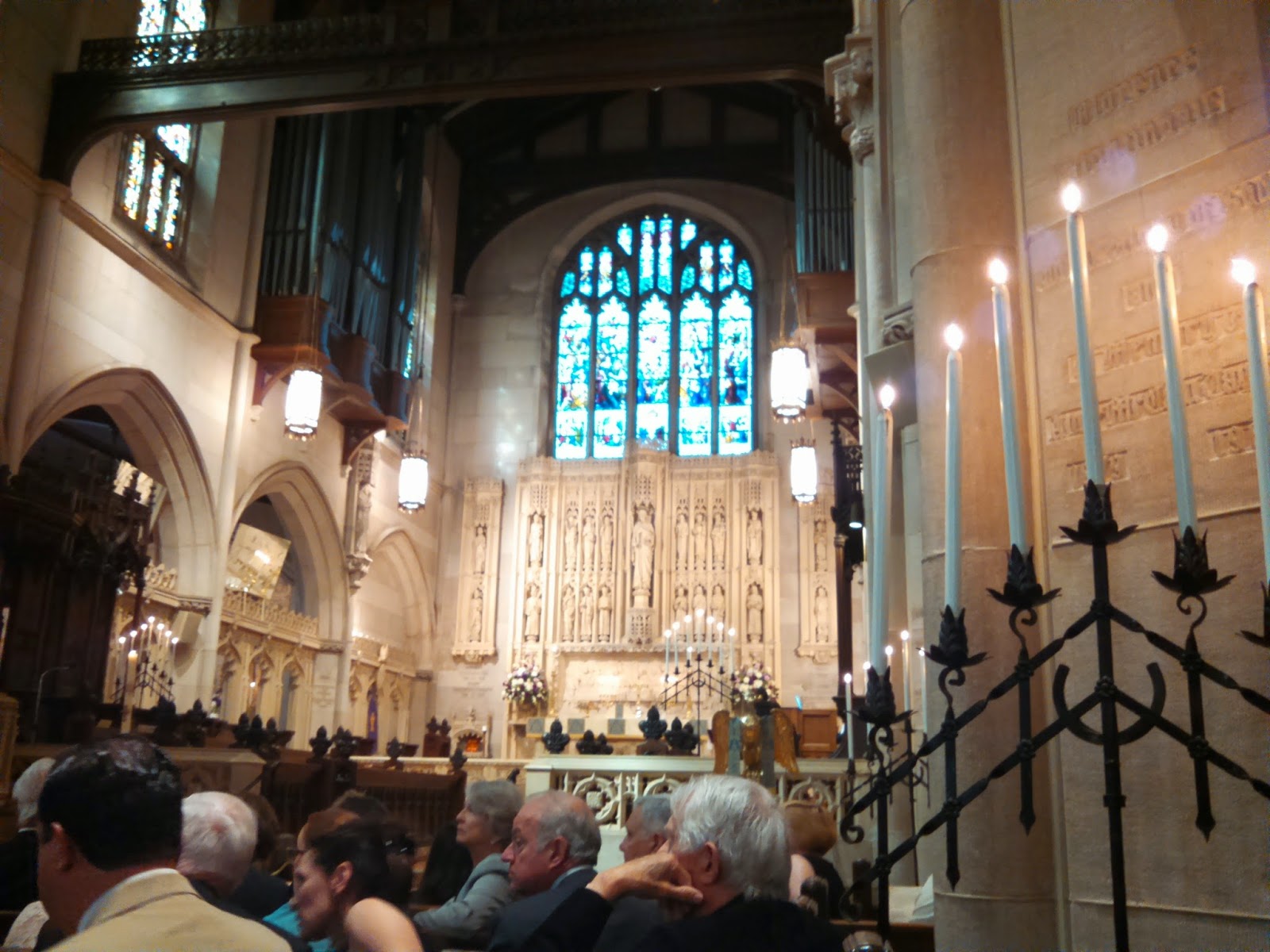 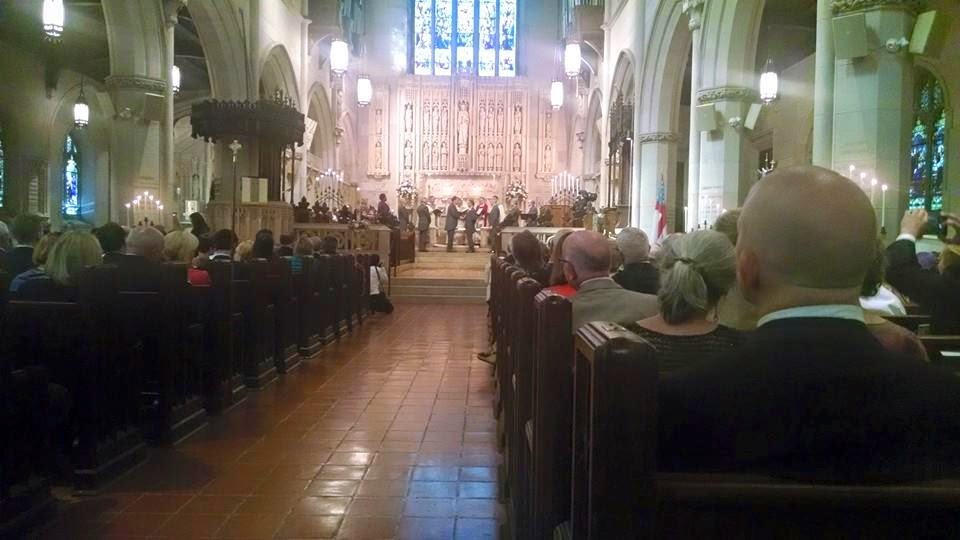 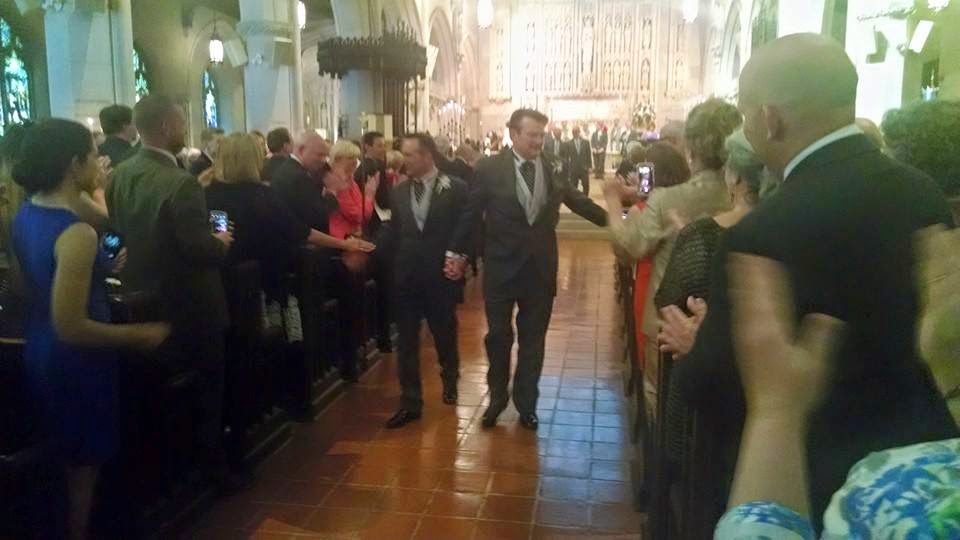 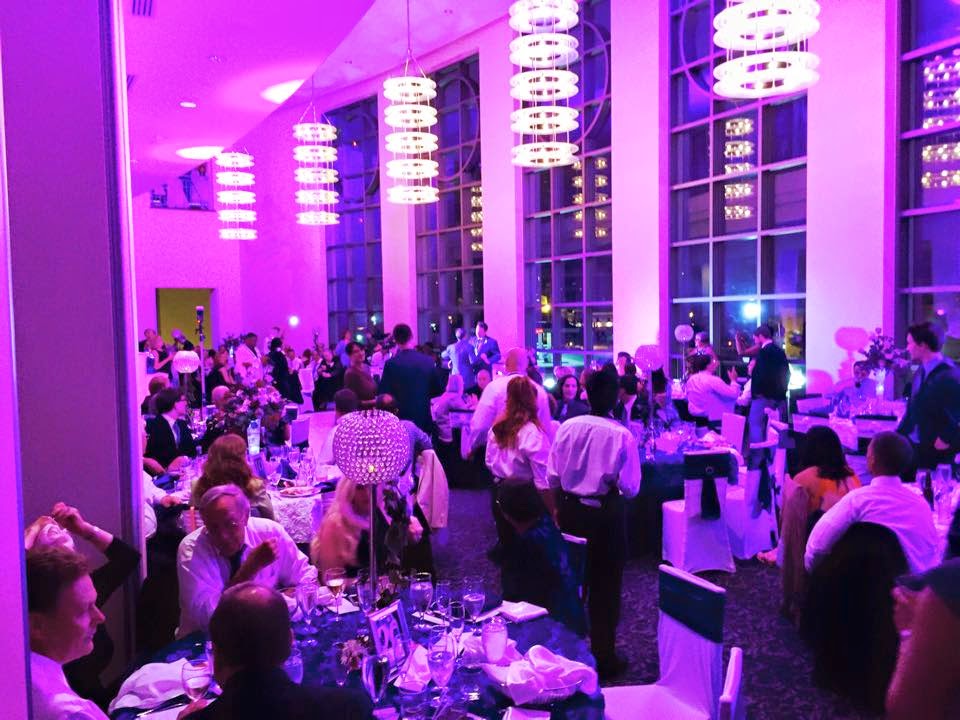 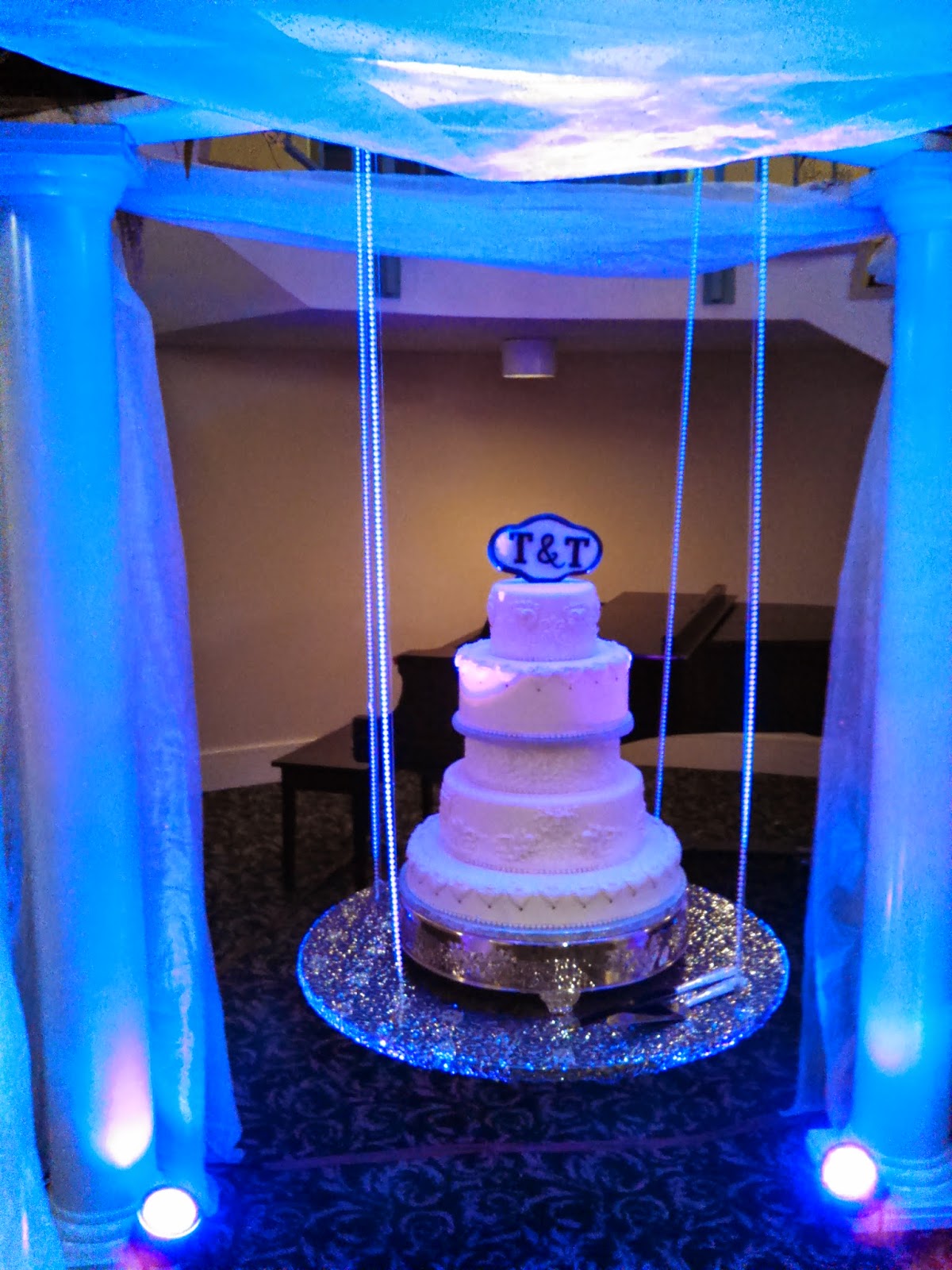