Yesterday's Pride Fest in Norfolk's Town Point Park by all estimates was the largest ever.  News reports say the crowd exceeded 15,000.  One of the Absolut vodka reps I spoke with - Absolute was a presenting sponsor - pegged the crowd at 20,000.  Whatever the final number, the event was a huge success and no doubt sent shivers through the gay haters in the Virginia GOP and The Family Foundation.  One of the most remarkable things was the diversity of the crowd both in terms of age span, the number of families and racial mix - black, white, Hispanic and lots of Filipinos (Hampton Roads has a large Filipino population).  Another remarkable thing was that the CIA had a recruiting booth at the event.  We have gone from the days when being gay got one fired to now where gays are being sought after.   The Norfolk Police Department also had a recruiting booth at the event.
Our day began with the Pride Boat Parade on board the 50' Mikado, the lead boat of the parade with Pride Fest grand marshals Tim Bostic and Tony London among the passengers.  It was a great kick off for the day's events and the flotilla received loud cheers and waves as it passed by Town Point Park.    From the sponsors' tent - my company was among the corporate sponsors - we had a great view of the main stage where various acts, culminating with Deborah Cox performed to the large crowd.   Below are assorted photos from the day.
We hope that next year's event will be even bigger and that marriage equality will be a reality in Virginia.  Meanwhile, make a point of giving your business to the companies that supported this year's event.

UPDATED: One more photo of some of the boats that participated in the Pride Boat Parade. 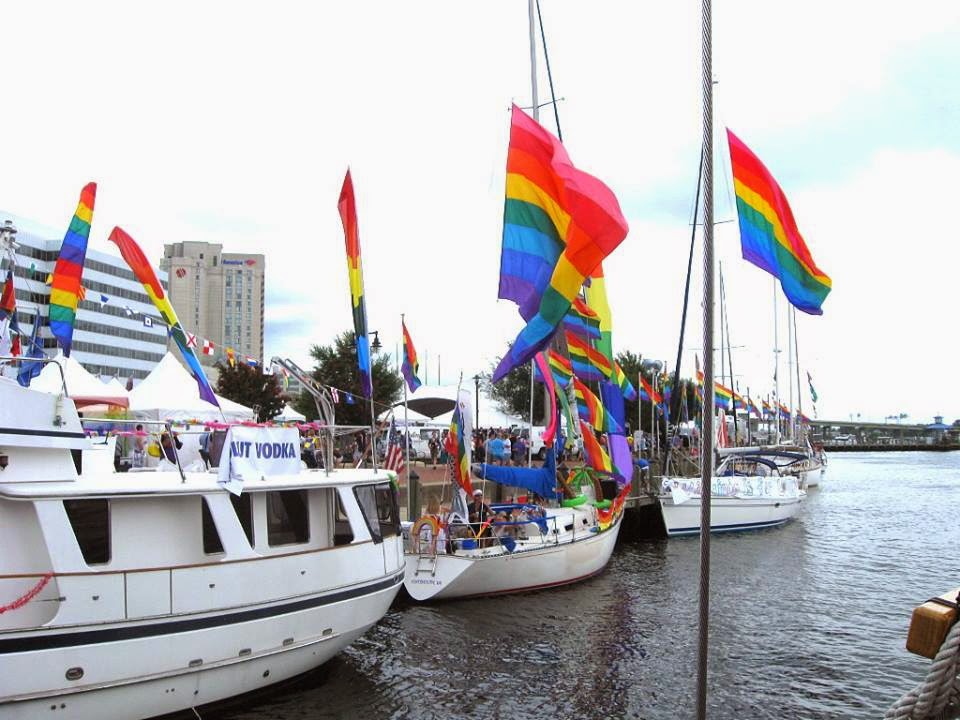