Will Obama Deliver a "September Surprise" on Immigration? 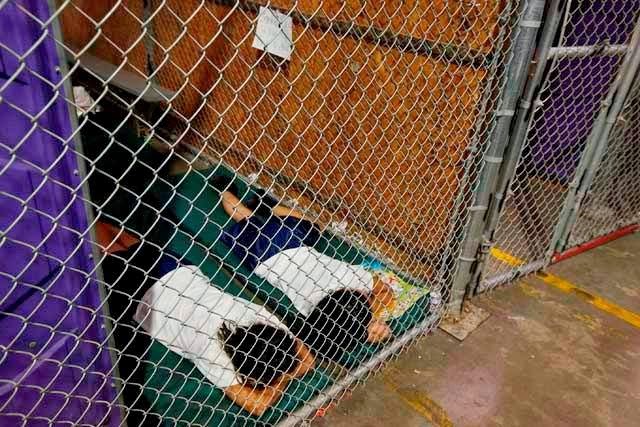 With immigration reform seemingly dead in Congress and Republicans busy courting white supremacists and racists in the GOP base many are wonder if Barack Obama will attempt to go it alone and try to implement some degree of immigration reform via executive branch action.  Should he do so, the action could roil the 2014 mid term elections and some suspect cause consternation by both Democrats and Republicans.  A piece in the Washington Post looks at the possibility and some of the possible consequences.  Here are excerpts:

Both political parties are in a state of high anxiety about the possibility that President Obama will allow millions of illegal immigrants to remain in the country, fearing that White House action on the issue could change the course of November’s midterm elections.

In the past few days, Democratic candidates in nearly every closely fought Senate race have criticized the idea of aggressive action by Obama. Some strategists say privately that it would signal that he has written off the Democrats’ prospects for retaining control of the chamber, deciding to focus on securing his legacy instead.

Senior Republicans, meanwhile, have their own worries about a “September surprise” on immigration. They know their volatile party’s tendency to erupt at such moments — including government shutdowns and impeachment threats — and that the GOP brand is even more tattered than the Democratic one.

A conservative uprising against the administration would pose little risk for safely entrenched Republicans in the GOP-controlled House. But any move toward impeachment hearings against Obama or another government shutdown would cause serious problems for Republicans in key Senate races. They must appeal to independents who already are suspicious about the party’s ability to govern.

The possibilities include not only deferring deportation for millions of illegal immigrants but also providing new green cards for high-tech workers and for the relatives of U.S. citizens and permanent residents, officials say. A decision is expected in coming weeks.

The White House also is feeling pressure from Hispanic groups and other advocates of immigration liberalization, who are weary of being told that they must be patient. On Wednesday, Rep. Luis V. Gutierrez (D-Ill.) met with more than two dozen like-minded activists in the office of Chicago Mayor Rahm Emanuel, who was Obama’s first White House chief of staff.

“We’re preparing and want to make sure it happens,” Gutierrez said. “I’m more optimistic than ever that the president will be broad and generous with his decision.”

Some see the potential for an almost Machiavellian turn of events.  “A cynic would say this is a trap carefully laid by the White House,” said Vin Weber, a well-connected Republican former congressman from Minnesota.

David Winston, a longtime pollster for House Republicans, said: “By doing something like this, the president would incite some Republican members, hoping to change the story line. But whether it changes the story depends on the discipline of the Republican side to make sure that disagreements that exist within the conference do not overwhelm what the conference is trying to achieve overall.”
The two impulses that Republican leaders are eager to tamp down are calls for Obama’s impeachment or another government shutdown.

Reining in King and his bloc is likely to be difficult. House Speaker John A. Boehner (R-Ohio) will enter the fall session with an unseasoned leadership team and a long history of strife with the GOP’s tea party caucus.

It seems that things could get most interesting!
Posted by Michael-in-Norfolk at Thursday, August 28, 2014