How Many Americans Are Killed by the Police Each Year? 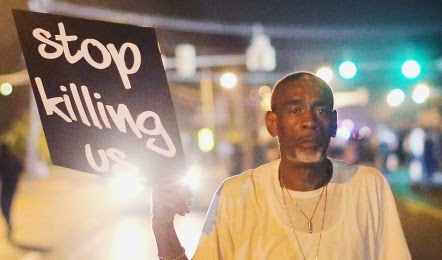 The killing of Michael Brown in Ferguson, Missouri and other recent shootings of unarmed individuals by police may have the much needed benefit of forcing a rethinking of the deference too often given to police office.  Yes, there are many good and honest police officers, but from my own experience there are a number of "bad apples" who sadly are protected by police departments rather than expelled.  From my dealings with police internal affairs departments, most are more worried about protecting police officers rather than determining the truth and disciplining police officers who damage the image of the police in general and who too often seem only too ready to trample on the rights of citizens.  A piece in FiveThirtyEight looks at the question of how many Americans are killed by police each year.  What is disturbing is the fact that this question cannot be easily answered.  The impression, however, is the answer is too many.  Here are highlights:

Earlier this month, a police officer shot and killed an unarmed black teenager, Michael Brown, in Ferguson, Missouri. The shooting and the response have reignited concerns about racial profiling, police brutality and police militarization. The incident has also drawn attention to a remarkable lack of knowledge about a seemingly basic fact: how often people are killed by the police.

Some reporting has put forward one of the only figures available: the approximately 400 “justifiable police homicides” each year since 2008, according to the FBI’s annual Supplementary Homicide Report (SHR). That data point has appeared with heavy caveats in a string of media reports, including in USA Today, the St. Louis Post-Dispatch and the Washington Post.

But these estimates can be wrong. Efforts to keep track of “justifiable police homicides” are beset by systemic problems. “Nobody that knows anything about the SHR puts credence in the numbers that they call ‘justifiable homicides,’” when used as a proxy for police killings, said David Klinger, an associate professor of criminology and criminal justice at the University of Missouri who specializes in policing and the use of deadly force. And there’s no governmental effort at all to record the number of unjustifiable homicides by police. If Brown’s homicide is found to be unjustifiable, it won’t show up in these statistics.

The FBI’s Uniform Crime Reporting (UCR) program, which compiles the SHR, relies on voluntary involvement of state and local police agencies — a fact that may raise some questions about the integrity of the data.

But the bigger issue is that the basic UCR reports don’t include any information on victims or offenders. That data is provided to the FBI via a separate form, also called the Supplementary Homicide Report (SHR). The circumstances of each death are supposed to be recorded here, with classifications like “gangland killings” (code 46), “lovers triangles” (code 40), and “felon killed by police” (code 81).

The “400 justifiable police killings” figure comes from these SHR forms. This is a problem, for four main reasons:

Account for all that, and you would have the true number of police homicides each year.   It’s more than 400.

Obviously, with the militarization of police forces, the chances that more Americans will be unjustifiably killed by police officers increases significantly.
Posted by Michael-in-Norfolk at Sunday, August 24, 2014