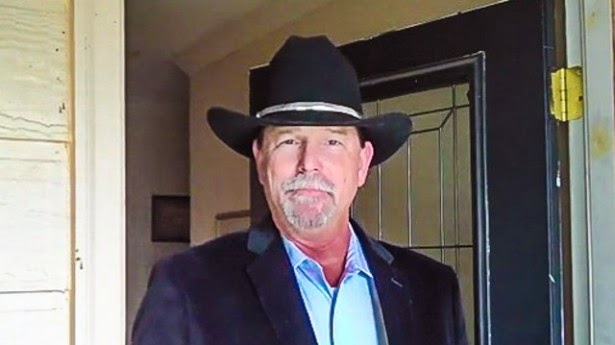 While we see the dangers of religious extremism in the Middle East, here at home in America almost everyone turns a blind eye to the pernicious hate and extremism that conservative Christianity  typifies.  Worse yet, Christianity continues to receive undeserved deference and all Americans are forced to subsidize religious crack pots and hate mongers through the tax-exemptions granted to religious organizations regardless of the poison that is there stock in trade.  Part of the problem, of course is the IRS's reluctance to enforce the Internal Revenue Code and withdraw tax exempt status to organizations that improperly engage in political activities be they the Roman Catholic Church, the Southern Baptist Convention, or the rag tag "ministries" set up as money making propaganda machines of the professional Christian crowd.   An example of such improper conduct is Pastor Michael V. Williams (pictured above) who is advocating for a constitutional amendment to impose 10 years imprisonment for gays.  The Raw Story looks at this batshitery that ought to prompt IRS action against this douche bag.  Here are highlights:

A pastor who uses his Internet platform to teach political lessons based on conservative Christian ideology has proposed a constitutional amendment to punish LGBT people for “ten years in prison at hard labor.”

In a video posted to his PreachingPolitics.com website last month that was flagged by the Good As You blog on Monday, Pastor Michael V. Williams asserts that Christians have been “increasingly tolerant” of gay people over the last 50 years.

“It’s time for Christians to resume obeying God and his word, and to re-criminalize homosexuality, outlaw it again,” the pastor continues. “The only way to do this and keep it beyond the reach of activist judges and unaccountable bureaucrats is to create a constitutional amendment.”

Williams’ proposed amendment to the U.S. Constitution declares that the “United States of America is a Christian nation with Judeo-Christian ethics, morals, principles and values.”

And it decrees that the “practice of homosexuality in the United States of America and in all its territories and possessions, and in all its States, Counties and Cities shall be a felony punishable by ten years in prison at hard labor.”

Williams recommends that his viewers “incessantly” contact lawmakers until they agree to outlaw homosexuality. . . . only vote for those who promise to adopt this amendment.”

“We’re in a fight for survival and only one side can win,” the Internet preacher concludes. “Let’s make sure it’s our side.”

As I have said the only difference between American Christofascists and the members of ISIS is one  of degree and the level of violence they are willing to inflict against those with differing religious beliefs.  At the core, both groups are based on hate, the embrace of ignorance and extremism towards others.
Posted by Michael-in-Norfolk at Tuesday, August 26, 2014