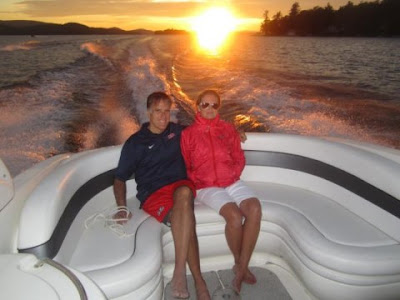 Mitt and Ann Romney are almost boastful about the money they have given to the Mormon Church - the same Church that owns commercial properties and other investments that seem to be focused on things other than feeding the hungry, clothing the naked and giving shelter to to the homeless.  As a former Catholic, I don't mean to single out the Mormon Church for abuse.  The sad reality is that most of institutional religion - be it Catholic Mormon or something else - over the centuries has utterly forgotten the Gospel message and instead has focused almost exclusively on amassing wealth,  power and control over the lives of others.  Oh, and there's that little thing called Proposition 8 - legalized bigotry and the infusion of religious belief into the civil laws that Mitt Romney's Mormon Church spearheaded.  Thus, in my book, boasting about the money one has given to a bigoted institution which seeks to subvert the separation of church and state written into the United States Constitution isn't a positive.  In fact, it's a huge negative.  If Mitt ans Ann Romney were truly concerned about charitable works, they would have made directly to orphanages, medical facilities, soup kitchens, etc. Jean Ann Esselink has a piece in The New Civil Rights Movement looks at what the Romneys' "charitable giving" has actually helped finance.  Here are excerpts:

Mitt can call me “small-minded,” and tax-obsessed if he must, but I feel compelled to object to his wife’s characterization of their so-called generosity. Tithing to the Mormon Church is not a laudable deed for which Mitt and Ann Romney should be praised or admired. In fact, I think it should disqualify Governor Romney from holding national office.

This week Queen Ann shook her finger in our faces while she scolded us like naughty children for asking to see the royal taxes. If you saw her performance, there is a high probability it aroused in you a desire to chomp down on that wagging digit like you were channeling the baby in Lemony Snicket’s. Ann let us know, by royal decree, that they will not be releasing any more tax forms so their enemies can use the information in it against them. Fair enough. But in the very next sentence she insisted we not only take her word they paid their fair share of taxes, but that we also credit them with giving ten percent of their income to the Mormon Church. I am more than happy to ascribe that contribution to them, but “credit” is not a word I would attach to such a gift. I’d go with “blame.”

For years, Mitt and Ann Romney have contributed ten percent of their mega-earnings to the Mormon Church. The Church then used their contributions to defend DOMA and offer gay reparative therapy, and fund Prop 8. They may want to call it “charity” but Mitt and Ann hurt people; specifically, they hurt gay people. It is important that they not be allowed to hide behind some altruistic notion of the phrase “tithed to my church” like the donation itself is a good thing, regardless of what pain their money caused.

[W]hen you give to a Church or a charity, you decide what you want your money to be used for. Mitt and Ann did not choose to save the houses of foreclosed homeowners or  provide state-of-the-art

prosthetic limbs for wounded vets. Mitt and Ann gave willingly to an organization that has dedicated itself to keeping couples of the same sex from marrying, and denying children, like little Nolan and Ryanne and Jacob (image,right,) who will have their right to a two parent family decided by a judge this week, all the protections and benefits marriage bestows.

The Romneys claiming they support the Mormon Church but not its campaign of discrimination, would be like a donor saying he contributed to the KKK’s choir robe fund, but the Klan promised him none of his money would go to buy rope.

I have yet to hear anyone in the news media ask the Romneys if they are bothered by how the Mormons used their money. If someone should dare, I hope they will not accept a generic “I’m for DOMA, one man, one woman.” as a response. Ask what threat a loving couple getting married in California was to their lives in Massachusetts. Pin them down as to why they gave the Mormon Church such staggering sums, knowing they would use it to hurt people who never hurt them.

[P]lease ask Governor Romney how he can possibly be president of ALL Americans when he actively funds the effort to discriminate against millions of them.