Mitt Romney: Too Late to Shake The Etch A Sketch

As most readers know by now, the first day of the GOP Convention at which the attempt will be made to depict Mitt Romney as remotely normal has been cancelled due to Hurricane Issac, but that doesn't mean the effort to dupe Americans into accepting a false image of both Mitt and Ann "Marie Antoinette" Romney.  The more I see and learn about these two individuals, candidly, the more I dislike them and believe that they are as clueless about the lives of average Americans as Louis XVI and Marie Antoinette were about the lives and travails of the French peasantry.  Maureen Dowd has a column in the New York Times that looks at the farcical idea that Romney is an "average guy."  Here are highlights:

SO now comes the Big Reveal?  Not the stripper in Tampa made up to resemble Sarah Palin, but something far more intriguing.

Will Mitt Romney use his Florida convention to finally peel away the layers of opacity and show us who he really is?  Nah.  Even if he wanted to, Mitt couldn’t reveal himself. He has recast his positions so many times, he doesn’t seem to know who he is.

He presents himself as a uniter who disdains negative campaigning, and then in the next breath, in his home state of Michigan on Friday, he makes a cheesy birther crack about the president — a bat’s squeak calling to the basest emotions — especially bizarre given that his own father was born out of the country, in Mexico, with a questionable right to run for president.

Being a merchant of doubt, spreading canards under the guise of humor, is a nasty business.  Even Bob Dole, known as the conservative Hatchet Man in his day, is warning that his party could curdle if it doesn’t start appealing to ethnic minorities, young people and the “mainstream,” and stand up to the far-right lunacy. The G.O.P. has veered so far right that Jack Kemp, Dole’s running mate in 1996, now looks like Teddy Kennedy compared with Kemp’s protégé Paul Ryan.

Romney seems to be forever on a journey out of vagueness, an endless search for identity.  Even teaming up with the most policy-specific Republican House member in a bid for reflected ideological clarity has not worked. Rather than Mitt’s gaining focus, Paul Ryan is losing it.

We will be told in the next few days what a wonderful father and grandfather Romney is, and that is no doubt true. But being the son of a onetime presidential aspirant and the privileged patriarch of a coddled clan should not be sufficient reasons to be promoted to the Oval Office.

Romney may remove a few bricks, but he will likely leave intact the walls encircling Mormonism, his Mormon tithing, the cult of Bain, hidden tax returns, and the job that dare not speak its name — moderate governor of Massachusetts.

But Romney never did shake up the Etch A Sketch. He remains too insecure about his base. Romney and Obama are both running for their bases — and Mitt is running from his own elusive better angels.

And that is what’s disturbing about the prospect of a President Romney. Even though he once seemed to have sensible, moderate managerial instincts, he won’t stop ingratiating himself with the neo-Neanderthals. That’s the biggest reveal of all 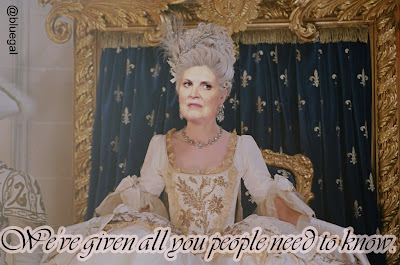