How Brexit Convinced One Republican to Endorse Hillary Clinton 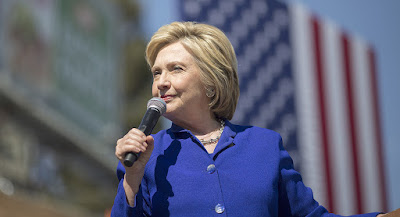 Perhaps people have thought this throughout time, but today America and the world do seem to be a crossroads where a decision will be made as to whether increased tolerance, an embrace of modernity and efforts to find peaceful coexistence with others will continue to set mankind's agenda or whether, instead, racism, nativism, xenophobia and unbridled bigotry will grow.  From Islamic extremists attacking and murdering those of other faiths and those who accept modernity and modern knowledge (with a corresponding decline in adherence to religious dogma) to American white supremacists and Christofacists rallying to Donald Trump's standard, to those in the United Kingdom who voted to "Leave," the forces of reaction and ignorance can be seen across the globe trying to take all of us backward in time.  Looked at in this context, the 2016 presidential election is part of this larger struggle between what I see as good and what is evil when stripped of all of the lies and smokes screens loved by the forces of reaction.  A piece in Politico by a Republican who will be supporting Hillary Clinton looks at this contest and how Brexit was the last straw for her.  Here are excerpts:

Last Friday, people across the United Kingdom woke up shocked to learn that their nation had actually voted to leave the European Union. More than a million people now reportedly would like to change their vote from “leave” to “remain”; more than 3 million signed a petition for a second referendum. EU institutions and major corporations based in London announced they would move operations and jobs from Britain to EU countries.

My reaction was a little different: I decided to endorse Hillary Clinton for president.  It wasn’t an easy decision. As a conservative, I find Hillary Clinton stands for the opposite of a number of things I believe strongly . . . I have deep misgivings about a Clinton presidency, but the anguish of British voters who cast a protest vote thinking it wouldn’t matter — that their vote wouldn’t be decisive — convinced me that something much bigger is at stake in this election. The unthinkable, I realized, was actually possible this year.  . . . And I realized I didn’t want to wake up on November 9 to find Donald Trump elected president and wish I had done more to prevent it.

As one of the signatories of the national security experts’ “never Trump” letter, I genuinely believe the erratic statements Donald Trump has made would be disastrous if adopted as American policies. His candidacy is itself bad for our country. . . . .

It is impossible to imagine Donald Trump doing the things an American leader is called to do in an insecure world . . . . Trump’s emphatic support for torturing terrorists and killing their families will be a huge victory for ISIL, Al Qaeda and other terrorist organizations, compromising our claim to be different and better than what we are protecting ourselves from. The American military, bound by the Uniform Code of Military Justice that holds individuals culpable if they carry out an illegal order, would refuse—resulting in a civil-military crisis that would fragment our own nation and delight our adversaries.

His historically retrograde ideas about trade policy (like that 45 percent tariff on Chinese goods) would extinguish supply chains on which nearly every American business relies—to say nothing of his claim that our military embezzled money in Iraq, and his proposal for a ban on Muslims entering the U.S.

All of Trump’s manufactured melodramas distract from the important work our country needs to be doing to better prepare American workers for the ways our economy is changing, pay down our national debt, strengthen our alliance relationships to handle challenges from Russia, China, and metastasizing terrorist organizations, improve our children’s education, revise the Tax Code to be fairer and make our country a more attractive place to do business. Moreover, his comments about our fellow Americans are profoundly offensive. He's not only damaging to our country in foreign and defense policy, he's damaging to the social fabric of our republic, which relies of creating one out of many—e pluribus unum.

Before the Brexit vote, I was desperately hoping for a contested convention, or the emergence of some worthier candidate . . . I was planning to cast a protest vote in November: write in Mitch Daniels or one of my terrific nephews, and vote Republican down-ballot to support strong Republican voices in Congress and help rebuild the party in the long run. But that approach is only satisfactory if Trump has no chance of winning. I’m genuinely concerned now that Trump could get elected, and that is why I’m voting for Hillary Clinton.

She will not be a president to my liking. . . . But there is no question that Hillary Clinton's are a safer pair of hands than are those of Donald Trump. She colors inside the lines; he goes all the way off the drawing board. Presidential contests are two-person races in the United States, and the only candidates who have a serious prospect of victory are the party standard-bearers. Protest votes are more satisfying than voting for the lesser of two evils, but they could result in Donald Trump being elected, just as British protest votes created an outcome many who cast those ballots realized, only too late, they never wanted at all.