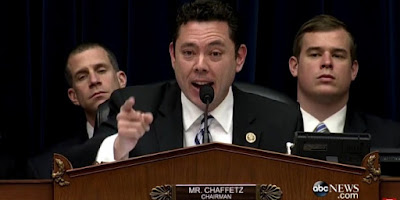 If my former Republican colleagues wonder why I hold the GOP in such contempt nowadays, they need look no farther than the GOP members of the House of Representatives, including the always despicable and hypocrisy filled Paul Ryan, who plan to hold a hearing for the passage of the deliberately falsely named "First Amendment Defense Act" which would give Christofascists the right to discriminate against LGBT citizens - and by extension others they dislike.  To make matters even more foul, the hearing will occur on the one month anniversary of the Pulse massacre in Orlando, a massacre motivated by anti-gay hatred.  Hatred that the House Republicans wish to legitimize and legalize.  Every one of the 170 sponsors in the House is a Republican excerpt for one, Rep. Dan Lipinski (D-IL).  Here are excerpts from the Washington Blade:

A U.S. House committee has scheduled a hearing on July 12 for federal “religious freedom” legislation seen to enable anti-LGBT discrimination, the Washington Blade has learned.

The House Committee on Oversight & Government Reform is set to hold a hearing on the First Amendment Defense Act amid pressure from anti-LGBT advocates, including the anti-gay National Organization for Marriage, to move forward with the legislation.

Rep. David Cicilline (D-R.I.), who’s gay and a co-chair of the LGBT Equality Caucus, denounced the committee’s decision to hold a hearing in a statement as “nothing more than an election-year stunt to rally conservatives at the expense of LGBT Americans.”

“In most states, you can get married on Saturday, post photos of your wedding to Facebook on Sunday and then get fired or kicked out of your apartment on Monday just because you’re gay,” Cicilline added. “FADA exacerbates this injustice by allowing religion to be used as a blanket excuse for denying LGBT people access to employment, housing, mental health care, emergency shelters and other essential services. This is wrong. Fairness and equality are core American values.”

Cicilline called on Rep. Jason Chaffetz (R-Utah), a supporter of the legislation and chair of the House Committee on Oversight & Government Reform, to cancel the hearing.

If enacted - and not vetoed by President Obama - the so-called First Amendment Defense Act would bar the federal government from taking action against individuals or companies that discriminate against LGBT Americans on the basis of “religious belief or moral conviction.”  It would literally make Christofascists above the laws that govern the rest of America. There is no limit to the lengths that today's GOP will go to use hatred and bigotry to rally hate-filled and bigoted voters among the "godly folk."