GOP Leaders: Put the Nation Before Your Party 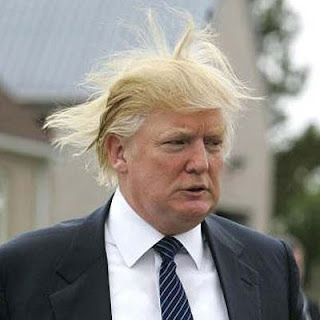 Once upon a time members of Congress regularly put the best interests of the nation ahead of party affiliation and often voted to support bills put forward by members from across the political aisle. Those days came to an end as the Republican Party became the bastion of ignorance and hate embracing Christofascists, know nothings and increasingly open white supremacist.  Now party fealty means more to those on the right than the good of the nation despite weak and transparent protestations to the contrary.  A column in the Washington Post calls of Republicans to start putting America first again instead of blind - and misplaced - fealty to the GOP.  Here are excerpts:

He can’t do it, Republicans. It’s time for you to admit that Donald Trump is incapable of even pretending to be an acceptable candidate for president. The question is which side of history you want to be on.

Are you going to stand with him as the balloons drop on the last night of the convention, knowing he shares neither your views nor your values? Are you going to work your hearts out this fall to put an unstable bully in charge of our national defense? Is party unity so much more important to you than trifles such as responsibility, duty and honor?

Leading Republicans should pay attention to what Sen. Mike Lee (Utah) told a reporter for the conservative Newsmax website: “What I am saying is Donald Trump can still get a vote from a lot of conservatives like me, but I would like some assurances on where he stands. I would like some assurances that he is going to be a vigorous defender of the U.S. Constitution. That he is not going to be an autocrat. That he is not going to be an authoritarian. That he is not somebody who is going to abuse a document that I have sworn an oath to uphold and protect and defend.”
My only question for Lee is why Trump might still get his vote. I realize that Hillary Clinton is a Democrat, but no one has suggested that she might shred the Constitution or that she is a religious bigot. I thought the oath to “protect and defend” meant putting country before party.

[S]ome leading Republicans are doing just that. Mitt Romney, the party’s 2012 nominee, is one of the loudest and most consistent “Never Trump” voices. The Bush family, which incarnates the GOP’s recent history, is boycotting the convention. My colleague George F. Will, a principled conservative if ever there was one, said last week he had left the Republican Party because of Trump.

But most GOP luminaries are like Senate Majority Leader Mitch McConnell (Ky.), who has obvious reservations about his party’s presumptive nominee but supports him nonetheless.

Every time Trump gives a prepared speech in which he manages to stay on message, drawing praise from the party establishment, he negates it by reverting to his old self. . . . . This week, . . . . he has been ranting about how the United States needs to use waterboarding and other torture techniques against suspected terrorists.
And you’re going to vote for this guy, John McCain? You, a former prisoner of war who was tortured by the North Vietnamese? You, the Senate’s most outspoken opponent of the practice?

We are talking about the presidency of the United States, Republicans. You are about to nominate and support a man you know to be dangerously unworthy. Some loyalty.