Deciding to Let Go of Religious Based Bigotry is a Choice 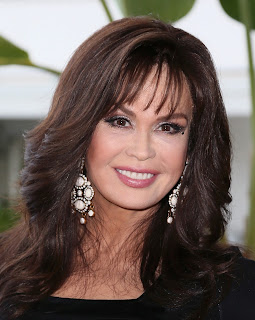 Growing up Roman Catholic I was brainwashed into viewing almost all sex as something bad and abhorrent - gay sex, of course, was in a category of its own and offered an express ticket to Hell and eternal damnation.  Thankfully, with therapy I got over the damage done to me by the nuns and the male clergy who we all know are most characterized by hypocrisy when not actively aiding and abetting predator priests.  Leaving the Catholic Church was another positive step and now I remain a nominal member of the ELCA - Evangelical Lutheran Church in America - which is gay friendly and affirming.  My point from all of this is that clinging to homophobic religious beliefs is a choice.  To do so, however, one needs to be willing to think and analyze for them self  and be willing to do some independent study - concepts that terrify religious fundamentalists of all faiths and which are condemned by the parasitic "holy men" who want their flocks ignorant and viewing them as the sole source of divine knowledge.  Without this monopoly, the need for such holy men and by extension ceases.  Something we are seeing as the number of Americans who label themselves as "Nones" skyrocketing.

When one looks at letting go of religious based homophobia, one unlikely champion given her religious upbringing is Marie Osmond - the mother of a lesbian daughter.  Despite her Mormon background, she firmly supports same sex marriage - something no doubt frowned on by the elderly old men who continue to maintain a stranglehold on the Mormon Church.  A piece in Huffington Post from a few years ago looks at Osmond's position which is diametrically opposed to that of her brother Donnie.  Here are highlights:

The singer-actress, who is currently promoting her new memoir The Key Is Love: My Mother’s Wisdom, A Daughter’s Gratitude, spoke frankly about her daughter Jessica, who is openly gay.

“The God that I believe in is a god of love, not fear,” Osmond, who is a practicing Mormon, told Diane Sawyer.

As for same-sex marriage, Osmond noted, “I believe in [my daughter’s] civil rights, as a mother. I think that my daughter deserves everything that she desires in life. She’s a good girl. She’s a wonderful child.” She then added, “I don’t think God made one color flower. I think He made many.”

Osmond, 53, has spoken out in support of lesbian, gay, bisexual and transgender rights in previous years, usually citing Jessica’s role in that mindset. “I think everybody should have the right to share homes and finances with somebody that they care about,” she told KOST 103.5 Los Angeles in 2009. “You know on those types of things I’m very supportive. When it comes to marriage...I think that civil rights need to be for all.”

Meanwhile, Osmond’s brother Alan reportedly hosted a “pro-family” rally at the Utah State Capitol earlier this week, aimed at “benefitting the protection of marriage” from gay and lesbian Americans, according to Towleroad.

The take away?  The next time you hear of a parent rejecting an LGBT child, know that the evil lies with the parent who is intellectually lazy and more worried about what others may think of them than what is best for their child.  It is the ultimate form of selfishness.