Until Homophobia Is Eliminated, Gay Marriage Is Only a Step Toward Real Equality 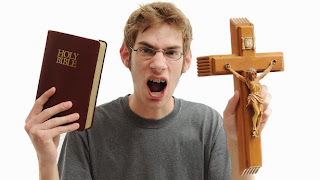 An op-ed in the Salt Lake Tribune raises an issue that is perhaps too often overlooked:  gay marriage in states like Utah are a welcomed step and certainly can improve the lives of same sex couples.  However, gay marriage doesn't eliminate the real obstacle to full equality for LGBT individuals.  I am talking about homophobia, much of it derived from religious brainwashing and the clinging to passages in books - the Bible and the Koran - authored by those lacking any modern knowledge and devoid of any medical and mental health knowledge about sexual orientation.   The author of the op-ed makes the point that much remains to be done.  The question, however, ultimately becomes one of when will religious belief no matter how hate filled and ignorant cease to be given undeserved deference and privilege?  Here are op-ed excerpts:

While a few days have passed since the ruling, with many jubilant same-sex couples from around the state triumphantly obtaining marriage licenses, I am beginning to question whether same-sex marriage truly means "equality" for the LGBTQ community.

Having the ability to marry the one you love should be considered a fundamental right. Now that LGBTQ couples can legally marry, this does not mean that queer Utahns are considered "equal" to their heterosexual neighbors. Yes, the gay community obtained the "golden trophy" in the form of legalization of same-sex marriage for all, but homophobia and blatant prejudice in the state of Utah is nevertheless alive and well.

This was evident by the way the governor, Gary Herbert, erroneously described the ruling by Judge Robert J. Shelby as creating a "chaotic" situation in the state; by the way certain county officials refused to issue marriage licenses to same-sex couples after Judge Shelby’s ruling, despite it being illegal to do so; and by countless dissenting and hateful comments and editorials written in local news publications.

Equality should not only be about marriage. The fight for equality should also include eliminating prejudice and discrimination — both outside and within the LGBTQ community — economic equality and health care for the transgender communities, providing stable homes for queer homeless youth, as well as creating community and a sense of belonging for queer women, queer people of color, queer people with disabilities, Muslim queers, Jewish queers, and queer immigrants.

We cannot forget that these issues are just as important (if not more) and need all the attention and enthusiasm that same-sex marriage has received. Once we’ve successfully tackled these issues as a community can we truly proclaim we have "equality."

The author has a valid point.  I do, however, dissent from using the term "queer" which plays in my view into the hands of our enemies.  We in the LGBT community are not queer.  We are normal, living, breathing humans who are the way God/nature made us.  Why allow others - or some among us within the LGBT community - label us with a term that reinforces a perception of the lesser or inferior.
Posted by Michael-in-Norfolk at Sunday, December 29, 2013