One-third of Americans - And A Majority of Republicans - Reject Evolution 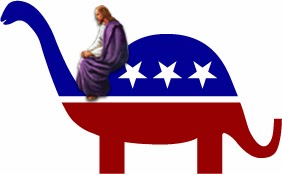 There was a time when the Republican Party embraced knowledge and intellect and held scientific knowledge in high regard.  Now, the Party seems to be in a race to see how dumb and ignorant its base can become.  It is no coincidence, however, that these growing embrace of ignorance directly correlates to the rise of the Christofascists in the GOP.  Greed, racism, homophobia and the rejection of modernity and knowledge are now the principal traits of Republicans.  Oh, they can try to blow a smoke screen by claiming that the support fiscal conservatism, but that dog doesn't hunt given the reality that it has been GOP administrations, particularly that of the brainless Chimperator George W. Bush, that have blown the nation's budget time and time again. Here are highlights from Reuters that looks at the frightening number of Americans who embrace idiocy and ignorance:


One-third of Americans reject the idea of evolution and Republicans have grown more skeptical about it, according to a poll released on Monday.


Sixty percent of Americans say that "humans and other living things have evolved over time," the telephone survey by the Pew Research Center's Religion and Public Life Project showed (Click here for the full survey).

But 33 percent reject the idea of evolution, saying that "humans and other living things have existed in their present form since the beginning of time," Pew said in a statement.

Although this percentage remained steady since 2009, the last time Pew asked the question, there was a growing partisan gap on whether humans evolved.

"The gap is coming from the Republicans, where fewer are now saying that humans have evolved over time," said Cary Funk, a Pew senior researcher who conducted the analysis.

The poll showed 43 percent of Republicans and 67 percent of Democrats say humans have evolved over time, compared with 54 percent and 64 percent respectively four years ago.

Among religious groups, white evangelical Protestants topped the list of those rejecting evolution, with 64 percent of those polled saying they believe humans have existed in their present form since the beginning of time.

Other modern nations must shudder at these figures.  Meanwhile, our enemies must be elated.  The irony is that the far right and Christofascists blather on and on about the enemies of America within the nation yet it is they themselves who will be the downfall of the nation.

Email ThisBlogThis!Share to TwitterShare to FacebookShare to Pinterest
Labels: embrace of ignorance, evolution, fear of modernity, future of the GOP, GOP Base, white evangelical Protestants