If Americans still believe that they have any shred of privacy from government surveillance, they are deluding themselves.  A new story in Der Spiegel reveals that the NSA has a hacking unit that utilizes "back door" tools to invaded commercial, governmental and private computers.  Indeed, the NSA has even intercepted computers ordered online and placed surveillance bugs into them.  This blog has noted in the past that America ranks with China and Russia as one of the nations where citizens have the least personal privacy.  It now seems we may be the worse of them all.  Here are article excerpts:

The NSA's TAO hacking unit is considered to be the intelligence agency's top secret weapon. It maintains its own covert network, infiltrates computers around the world and even intercepts shipping deliveries to plant back doors in electronics ordered by those it is targeting.

One of the two main buildings at the former plant has since housed a sophisticated NSA unit, one that has benefited the most from this expansion and has grown the fastest in recent years -- the Office of Tailored Access Operations, or TAO. This is the NSA's top operative unit -- something like a squad of plumbers that can be called in when normal access to a target is blocked.

According to internal NSA documents viewed by SPIEGEL, these on-call digital plumbers are involved in many sensitive operations conducted by American intelligence agencies. TAO's area of operations ranges from counterterrorism to cyber attacks to traditional espionage. The documents reveal just how diversified the tools at TAO's disposal have become -- and also how it exploits the technical weaknesses of the IT industry, from Microsoft to Cisco and Huawei, to carry out its discreet and efficient attacks.

An internal description of TAO's responsibilities makes clear that aggressive attacks are an explicit part of the unit's tasks. In other words, the NSA's hackers have been given a government mandate for their work. During the middle part of the last decade, the special unit succeeded in gaining access to 258 targets in 89 countries -- nearly everywhere in the world. In 2010, it conducted 279 operations worldwide.

Indeed, TAO specialists have directly accessed the protected networks of democratically elected leaders of countries. They infiltrated networks of European telecommunications companies and gained access to and read mails sent over Blackberry's BES email servers, which until then were believed to be securely encrypted. Achieving this last goal required a "sustained TAO operation," one document states.

Workers at NSA's target selection office, which also had Angela Merkel in its sights in 2002 before she became chancellor, sent TAO a list of officials within the Mexican Secretariat they thought might make interesting targets. As a first step, TAO penetrated the target officials' email accounts, a relatively simple job. Next, they infiltrated the entire network and began capturing data.


One example of the sheer creativity with which the TAO spies approach their work can be seen in a hacking method they use that exploits the error-proneness of Microsoft's Windows. Every user of the operating system is familiar with the annoying window that occasionally pops up on screen when an internal problem is detected, an automatic message that prompts the user to report the bug to the manufacturer and to restart the program. These crash reports offer TAO specialists a welcome opportunity to spy on computers.

A comprehensive internal presentation titled "QUANTUM CAPABILITIES," which SPIEGEL has viewed, lists virtually every popular Internet service provider as a target, including Facebook, Yahoo, Twitter and YouTube. "NSA QUANTUM has the greatest success against Yahoo, Facebook and static IP addresses," it states. The presentation also notes that the NSA has been unable to employ this method to target users of Google services. Apparently, that can only be done by Britain's GCHQ intelligence service, which has acquired QUANTUM tools from the NSA.

Sometimes it appears that the world's most modern spies are just as reliant on conventional methods of reconnaissance as their predecessors.

Take, for example, when they intercept shipping deliveries. If a target person, agency or company orders a new computer or related accessories, for example, TAO can divert the shipping delivery to its own secret workshops. The NSA calls this method interdiction. At these so-called "load stations," agents carefully open the package in order to load malware onto the electronics, or even install hardware components that can provide backdoor access for the intelligence agencies. All subsequent steps can then be conducted from the comfort of a remote computer. 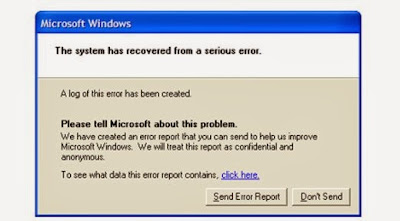