Why We Should Be Taxing Churches 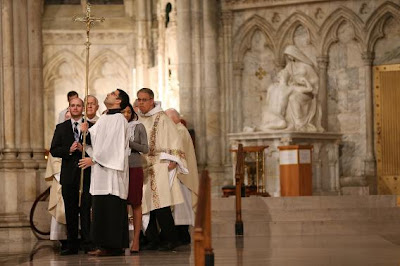 A piece in Slate makes a good case for why we should be taxing churches - all of them.  To the list of taxed organizations should be added in my opinion all of the quasi-religious organizations such as NOM, FRC, AFA, etc. , which are nothing more than propaganda organizations for extreme religious beliefs and which actively work against the rights and well being of other citizens.  Some might say that churches provide charitable relief to the poor and so forth.  If they can document these efforts, give them an exemption for funds actually spent on these endeavors but not on lavish church buildings and activities that do nothing to further the general welfare.  Here are highlights from the piece:

Amelia Thomson-Deveaux has a great piece about religious groups that are trying to remove restrictions on church-based electioneering. She suggests that rather than gutting the rules, there's a simple fix, "Religious leaders who want the liberty to endorse candidates can give up their churches’ tax deduction."

I would go one further. Let's tax churches! All of them, in a non-discriminatory way that doesn't consider faith or creed or level of political engagement. There's simply no good reason to be giving large tax subsidies to the Church of Scientology or the Diocese of San Diego or Temple Rodef Shalom in Virginia or the John Wesley African Methodist Episcopal Zion church around the corner from me. Whichever faith you think is the one true faith, it's undeniable that the majority of this church-spending is going to support false doctrines. Under the circumstances, tax subsidies for religion are highly inefficient.


What's more, even insofar as tax subsidies do target the true faith they're still a pretty bad idea. The basic problem with subsidized religion is that there's no reason to believe that religion-related expenditures enhance productivity.
Upgrading a church's physical plant doesn't enhance the soul-saving capacity of its clergy. You just get a nicer building or a grander Christmas pageant. There's nothing wrong with that. When I was young I always enjoyed the Grace Church Christmas pageant. But this is just a kind of private entertainment (comparable to spending money on snacks for your book club—and indeed what are Bible study groups but the original book clubs?) that doesn't need an implicit subsidiy.


Yes, taxing churches would put some parishes and congregations out of business.   But why should I be indirectly subsidizing a religion that hates me or teaches in my opinion false views and lies?  Put churches out in the market place and let them compete like every other business - religion is, in truth big business, just look at Pat Robertson and the many sleazy televangelists who fleece people via cable TV on a weekly basis. If their "product" sells, they will survive.  If not, then they can end up on the trash heap of history.