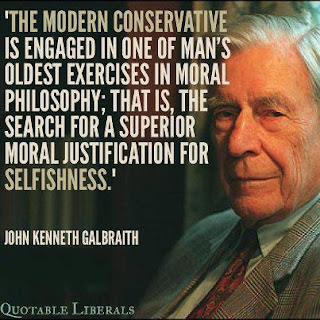 Obstruction and outright sabotage are now the main hallmarks of the Republican Party at the national level.  Particularly among some of the worse far right ideologues who naturally are the darlings of the drooling, spittle flecked GOP base.  This group offers nothing in terms of proposed solutions to many pressing problems and needs and instead seek only to destroy government and needed programs  And equally disturbing is the reality that thanks to shameless district gerrymandering, it will be difficult to get rid of these horrid individuals.  A column in the Washington Post looks at this cabal of  lunacy and what it may hold for the nation.  Here are excerpts:

[A]fter three years of congressional dysfunction brought on by the rise of a radicalized brand of conservatism, it’s time to call the core questions:

Will our ability to govern ourselves be held perpetually hostage to an ideology that casts government as little more than dead weight in American life? And will a small minority in Congress be allowed to grind decision-making to a halt?

Congress is supposed to be the venue in which we Americans work our way past divisions that are inevitable in a large and diverse democracy. Yet for some time, Republican congressional leaders have given the most right-wing members of the House and Senate a veto power that impedes compromise, and thus governing itself.

On the few occasions when the far-right veto was lifted, Congress got things done . . . . All these actions had something in common: They were premised on the belief that government can take practical steps to make American life better.

This idea is dismissed by those ready to shut down the government or to use the debt ceiling as a way of forcing the repeal or delay of the Affordable Care Act and passing more draconian spending reductions. It needs to be made very clear that these radical Republicans are operating well outside their party’s own constructive traditions.

Before their 2010 election victory, Republicans had never been willing to use the threat of default to achieve their goals.
The very fact that everyone now accepts the term “Obamacare” to refer to a measure designed to get health insurance to many more Americans is a sign of how stupidly partisan we have become.

The health-care exchanges to facilitate the purchase of private insurance were based on a Heritage Foundation proposal, first brought to fruition in Massachusetts by a Republican governor named Mitt Romney. Subsidizing private premiums was always a Republican alternative to extending Medicare to cover everyone, the remedy preferred by many liberals.

But that was then. The right wing’s recent rejection of a significant government role in ending the scandal of “a health-care system that does not even come close to being comprehensive and fails to reach far too many” — the words were spoken 24 years ago by the late Sen. John Chafee, a Rhode Island Republican — tells us why Congress no longer works.

The GOP has gone from endorsing market-based government solutions to problems the private sector can’t solve — i.e, Obamacare — to believing that no solution involving expanded government can possibly be good for the country.

Behind all of the GOP posturing is something else: Greed.  The base of the GOP which constantly blathers about its religiosity and Christian ideals in truth doesn't give a damn about other citizens.  They don't want to pay anything toward the common good and basically hate everyone other than themselves.  They are a scourge on America and the world.